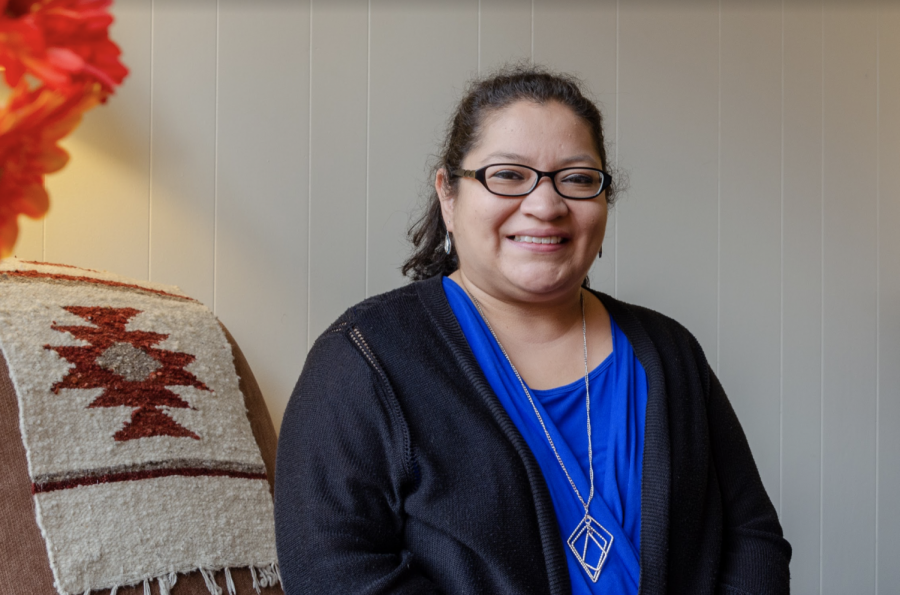 Marla Delgado Guerrero was named as one of Wisconsin's most powerful Latinos.

Marquette University mental health counselor and diversity coordinator Marla Delgado-Guerrero was named one of the most powerful Latinos in Wisconsin. She is among 34 recipients of the Sí Se Puede 2019 honor.

Madison365 highlights all of the recipients, noting the profound impact that Guerrero has on campus.

Among all the positions she holds, Delgado-Guerrero is also an integral part of Marquette’s First Generation College Student Network.

“In addition to working one on one with college students, Delgado-Guerrero serves on various university committees that focus on policies to help underrepresented students. She helped create the Undocumented Student Task Force, which supports undocumented students,” according to a university news release.

When asked what inspires her in regard to her profession, Delgado-Guerrero said she appreciates when clients recognize it is okay to reach out for help. She said she remembered when she was a teen and needed help adjusting to college. She said she is inspired to see an increase of young adults working to decrease the stigma of seeking counseling.

“The stigma is still there, however,” Delgado-Guerrero said. “I am inspired when my clients start sharing their mental health challenges with their support systems and then receive both validation and support to sustain the work I do with my clients.”

The Sí Se Puede 2019 honor encompasses many different professions of powerful Latinos in the state, with titles such as executive director of wealth development, director of diversity counsel and strategic partnerships director.

Delgado-Guerrero was also the recipient of the 2014 Outstanding Woman of Color Award and finished second for the American Association for Hispanics in Higher Education 2018 Outstanding Dissertation Award. She earned the latter award due to her work exploring mentoring relationships for Latinx college students.

“I enjoy experiencing the passion Dr. Guerrero has for supporting undocumented students through the work on the Task Force,” Cole said in an email. “Her voice is critical to improving the retention and support of a vulnerable student population for our campus. Her proactive work with MU administration keeps our diversity and inclusion initiatives in the forethought of university leaders and moving positively forward. I congratulate her on her recent recognition!”

Delgado-Guerrero herself was very open when describing what the Sí Se Puede honor means to her.

“This is truly a tremendous honor …  and this is still sinking in,” Delgado-Guerrero said. “This list exists to recognize the work of Latino professionals throughout the state of Wisconsin who are working to make a positive difference in both the Latinx community as well as the larger community in Wisconsin. So to be named to this particular list means that my roles at Marquette and the broader state of Wisconsin are important and matter.”

Delgado-Guerrero’s efforts and successes are not only noticed in Wisconsin. Esmeralda Nungaray, a Marquette alumna who is an English teacher currently living in South Korea, has known Delgado-Guerrero for four years.

“We are so proud of our own Dr. Marla Delgado-Guerrero to be named as one of the most powerful Latinx professionals in Wisconsin!” the Facebook post said.

After winning this award, Delgado-Guerrero said in a university news release that she is looking forward to eventually being in a senior administrative position to make sure she can use her skills to further ensure that underrepresented students have the resources to excel at Marquette.