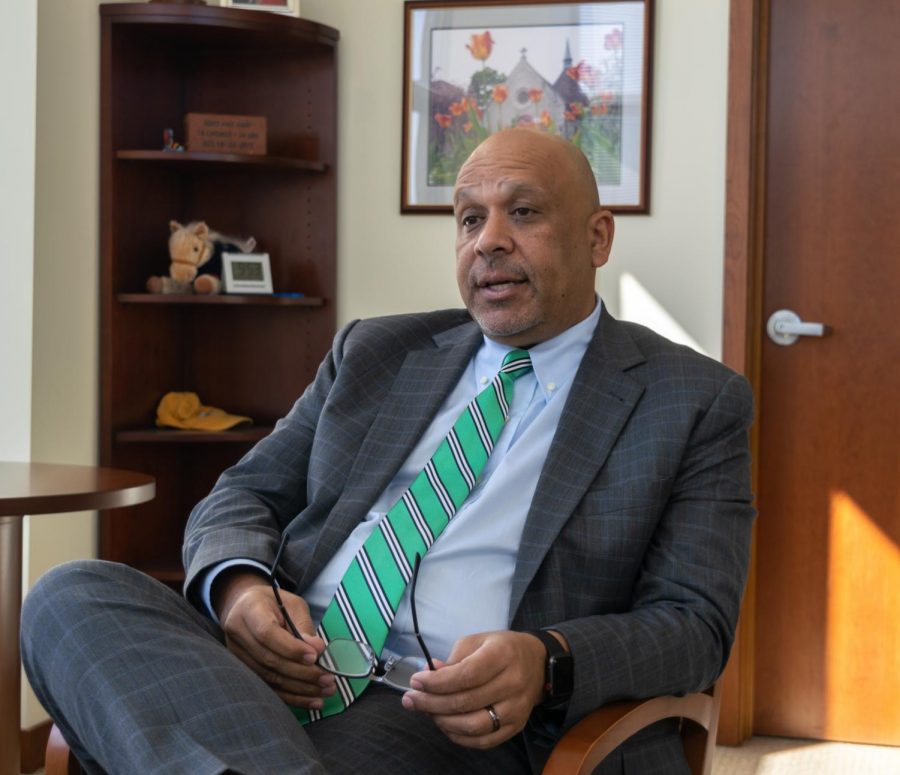 The university dissolved the ombuds office as a part of the cost management process in which 2.5% of staff were laid off Sept. 5.

An ombuds office is an office where faculty and staff could receive confidential support and connections to multiple resources when experiencing issues or concerns, acting provost Kimo Ah Yun said.

He said the decision was made because the university needed to “find efficiencies” and there were other resources in place for employees.

The university did not give a formal notification about the dissolution of the office.

The ombuds office consisted of a single part time position.

Ah Yun and Claudia Paetsch, vice president for human resources, both said two alternative resources for faculty include the Employee Assistance Program and the Office of Faculty Affairs.

EAP is a third-party program offered through Aurora Healthcare that is 100% confidential and works with a broad array of faculty issues, Paetsch said.

Christopher Stockdale, associate professor and assistant department chair of physics, said it does not do the same thing as ombuds did.

Stockdale said EAP, because it is a third-party resource and not directly Marquette affiliated, it “won’t know every option available at the university.”

Stockdale said the ombuds office website was removed as soon as the office was dissolved.

“To my knowledge of people I have talked to in multiple colleges, nobody had any idea the position was going to be eliminated or was being considered to be eliminated,” Stockdale said.

Stockdale said the office was particularly important to non-tenured faculty.

“(It was) most important to faculty and staff who don’t have tenure yet, who might be worried about raising an accusation or charge that one of the senior people in the department or somewhere in the university had done something wrong,” Stockdale said.

The ombuds office was brought up at the last academic senate meeting Sept. 16 as part of Ah Yun’s provost report.

Multiple faculty voiced their concerns at the meeting, including Brittany Pladek, an assistant professor of English, who questioned if removing the ombuds office would actually reduce costs.

Pladek referenced an article published by the Marquette Law Review in 2012.

The article states “an ombudsman conserves an organization’s resources because an ombudsman is much less costly than hiring outside counsel to investigate a dispute within the organization.”

“The rationale for why the ombuds office was closed was trying to consolidate resources … but the financial argument just doesn’t make any sense,” Pladek said.

Stockdale and Pladek both said the dissolution reflected on the university’s recent lack of transparency.

“This is an active effort to shut down transparency, to keep us from seeing what’s going on,” Pladek said.

Stockdale said the position was not discussed with any faculty he knew.

“A group of people in Zilber Hall made a decision … and eliminated it as a cost-cutting position,” Stockdale said.

Pladek said that though university emphasizes shared governance, it goes against that idea with this move to dissolve the office.

Monica Adya, department chair of management, said she knows the university is trying to put transparency in place, but it can be difficult when sensitive issues occur.

“We have a lot of work to do when it comes to difficult situations like the round of layoffs that have occurred,” Adya said.

Adya said she hopes the issue is brought up again during the next academic senate meeting Oct. 21 in the Alumni Memorial Union ballrooms.