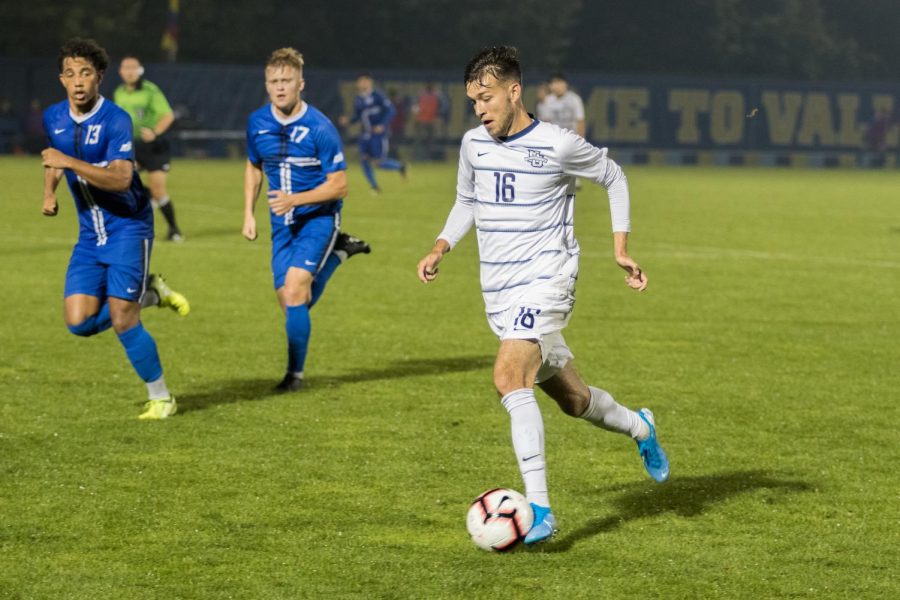 Josh Coan leads the Golden Eagles with four goals in 2019.

Friday’s result is MU’s second victory on the road this season. MU has not had two or more road wins in the regular season since 2015.

The Musketeers struck first in the 60th minute on a goal from redshirt freshman Taylor Crull to put Xavier up 1-0.

However, Marquette senior forward Josh Coan tied the game at 1-1 just five minutes later with his fourth goal of the season. Redshirt freshman AJ Franklin had the assist which was the first of his career.

Freshman forward Christian Marquez scored the go-ahead goal in the 77th minute to give MU the lead late into the match. Friday’s win was Marquez’s second consecutive match with a goal.

Marquette outshot Xavier 16-12, and each team had five shots on goal.

The Golden Eagles will return home on a two-game winning streak as they take on the Saint Louis Billikens Tuesday at 7:05 p.m.