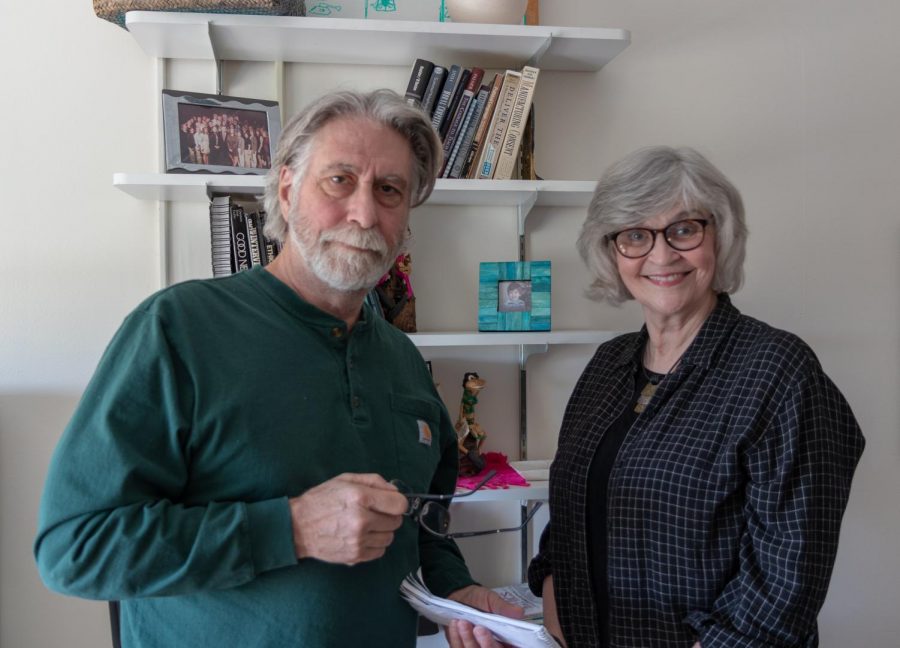 “You always wonder, ‘Are you going to be able to pull it off?’” Karen Slattery, Marquette professor of journalism and media studies, said.

Slattery, along with co-producer and husband Mark Doremus, “pulled off” a documentary called “Remembering Bronzeville,” which will premiere for the first time publicly on the Milwaukee Public Broadcasting Service’s channel Oct. 31.

The documentary focuses on the first African American neighborhood in Milwaukee, known as Bronzeville. African Americans lived there because they weren’t allowed to live in other parts of the city in the 1930s because of housing segregation. It had some of the oldest, most run down housing and structures in the city.

However, in 1948, the city began to tear down parts of Bronzeville and build new public housing, according to a website that focuses on Bronzeville. Today, none of the original infrastructure exists, Doremus said.

According to the website, “What’s left are the memories.”

Marquette University provided a $50,000 innovation grant in 2016 to fund the project. That money primarily went towards licensing historical pictures and post-production work.

‘Remembering Bronzeville’ brings the story to life with interviews and rare archival film and images.

The duo first came up with the idea to make the film from Milwaukee playwright Sheri Williams Pannell, who started a play called “Welcome to Bronzeville.” Pannell mentioned it to Doremus, and he and Slattery sat in on the interviews with the people who used to live in Bronzeville. Doremus said they thought they could make a documentary on the information that didn’t fit in the play.

Doremus and Slattery said that Pannell gave them access to the community through the interviews, and they followed the breadcrumbs from there.

To obtain pictures to use for the film, the duo reached out to Milwaukee County Historical Society, Milwaukee Public Library, University of Wisconsin-Milwaukee archives, Housing Authority of the city of Milwaukee and the people interviewed.

The documentary also features familiar faces around Marquette. Don Hertz, technical services manager at the College of Communication, did the animation for the film. Additionally, Sheena Carey, internship coordinator and lecturer, was the narrator.

Carey did more than voiceovers — she appeared on camera as well. Carey has a history of doing voiceovers for videos and f0r announcing at graduations and new student convocations. However, she said she was used to having a piece of paper to read, so the idea of being unscripted at times on camera was scary.

“It will be a long time before I do something like that again,” Carey said. “I’m really glad for the experience.”

Carey, Slattery and Doremus said they agree that their favorite part about working on the documentary was talking to people and learning about the history of Milwaukee. Slattery specifically said she enjoyed having conversations with people she wouldn’t normally get the chance to talk to. Carey said it was great for her to learn about the rich history of the Bronzeville community.

Carey said it a feel-good story in some instances, because it shows the resilience of a community making do with what they had and thriving.

In total, the documentary took around three-and-a-half years to complete. Slattery said anytime there is a project of this magnitude, there are all kinds of unexpected twists and turns.

“A documentary is kind of like doing a jigsaw puzzle, except not all of the parts actually fit,” Doremus said.

Doremus also said they started by compiling transcripts from two- to four-hour interviews and looked for themes and patterns. It was a process of taking pieces and seeing how they fit together, so that one person’s story flowed naturally into the next.

“This isn’t our show,” Doremus said. “This is their show. This is their story. What we felt our role was, was to simply be a vehicle so that these folks could tell their story about what they thought was important.”