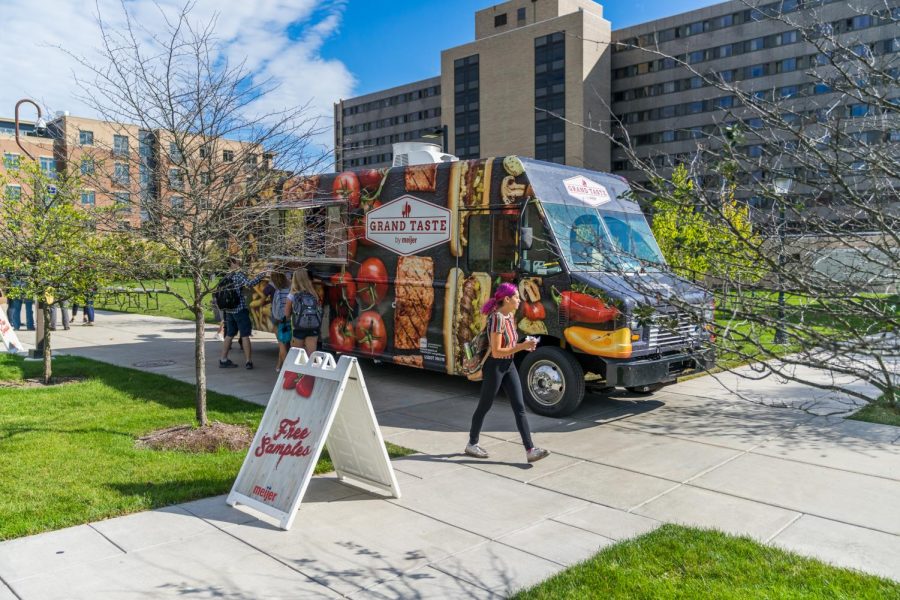 The farmers markets originally started as a partnership between Marquette University Student Government and Sodexo.

“Sodexo has continued to provide the opportunity for students and staff to buy fresh vegetables,” Rick Arcuri, executive director of university business operations & auxiliary services, said. “This has been going on for years. … In any given year, there are between three and five farmers markets depending on what is available and what the weather is like.”

The markets began years ago as a partnership between Sodexo and Marquette University Student Government. Sodexo became responsible for keeping the farmers markets alive due to connections they had with farmers, Arcuri said.

Marketing manager of Sodexo Alex Abendschein and general manager of campus Donato Guida emphasized the importance of the event.

“Students are settled in, so we want be able to offer them fresh produce on campus to lower the cost,” Guida said. “Everything is in season. So, you get the peak of apples and peak of other produce, so it’s easier to sell.”

Kelsie Kroll, a sophomore in the College of Business Administration, explained she first heard of the event through an email.

“(It is important) because it keeps our school healthy and it gives us more options of fresh produce,” Kroll said.

Taylor Haddox, a senior in the College of Business Administration and intern for Sodexo, said it is hard for students to get fresh produce because there are not many options available.

Guida explained what the process is like to offer events like the farmers markets, with many people volunteering and everybody working the event being either management or student interns.

Guida said the produce featured in the market came from dining halls and retail locations on campus.

All the produce in the market, from fruits and vegetables to cakes and drinks, are from the university’s food provider, meaning that the campus will distribute any produce that did not sell, Guida said.

Abendschein said that having a farmers market on campus could be a learning experience for students.

“As an educational aspect, we do not sell fresh produce every day, but there are places that students can go and buy fresh produce, so it is also an introduction to students to different produce that they can buy,” Abendschein said. “It gives students a snapshot of the products we use every day, so it is really to get them informed.”