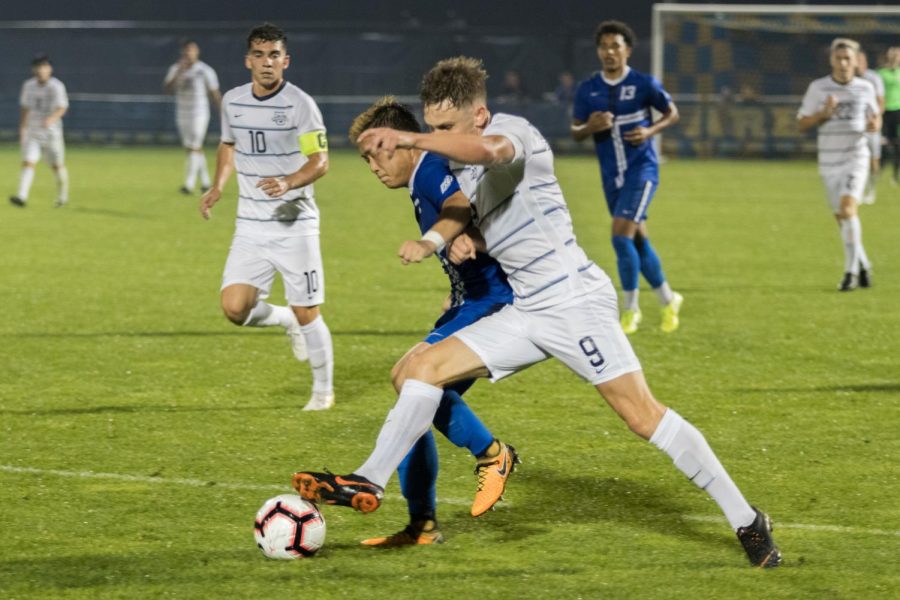 Lukas Sunesson fights for the ball in Marquette's loss to the Creighton Bluejays.

Freshman forward Christian Marquez got the scoring started with his first career collegiate goal in the 36th minute. Senior defender Patrick Seagrist had the assist.

Sophomore forward Lukas Sunesson added the insurance marker in the 66th minute, which was his first goal of the season to put the Golden Eagles up 2-0.

Marquette overwhelmingly outshot Wisconsin 13-3. MU had seven shots on goal while the Badgers collected only two.

Weyman has allowed two goals or fewer in all seven of his starts this season.

Senior captain Luka Prpa made the starting lineup for the first time this season. He played 57 minutes and had two shots.

The Golden Eagles improve to 3-3-1 on the season and 3-2-1 in non-conference play. MU plays its final nonconference matchup against University of Wisconsin-Green Bay next Tuesday.

Marquette’s next game will be against BIG EAST foe Xavier University in Cincinnati on Friday at 6 p.m. Central Time.