New Institute for Women’s Leadership kicks off in October 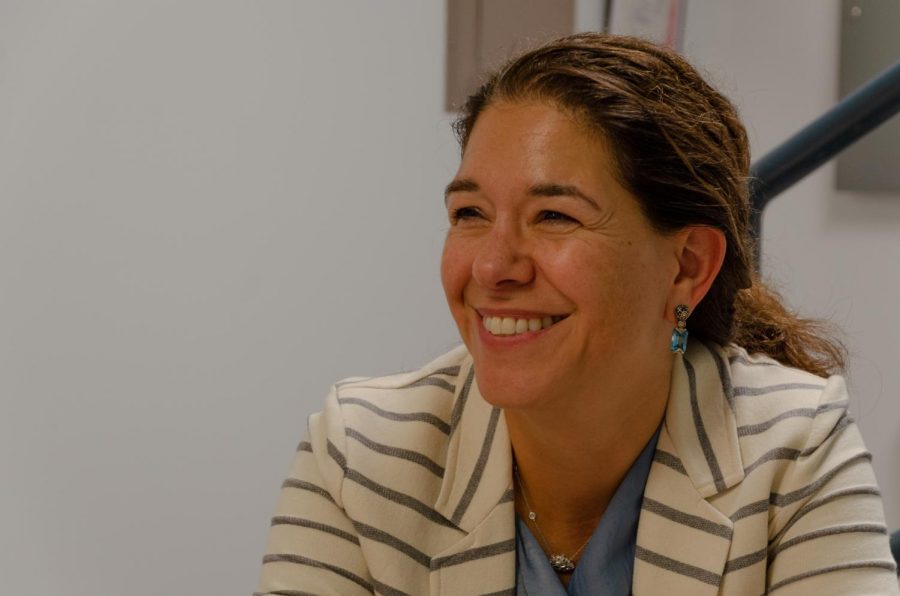 Andrea Schneider is the co-director of the Institute of Women's Leadership.

The Institute for Women’s Leadership will host its kickoff event at the 707 Hub Oct. 3. The new organization comes after receiving a $5 million donation from the Thomas J. Rolfs Family Foundation in Jan. 2019.

According to the institute’s website, the organization’s mission is to advance women’s leadership locally and globally through pioneering research, innovative programming and collaborative engagement.

Parsons Waters said WIN was not fully formed when she began at Marquette.

“When I was hired, WIN didn’t really exist. It was just an idea they had, and I developed the idea into actual programming,” Parsons Waters said.

Parsons Waters, when speaking about the creation of WIN, said when University President Michael Lovell came to campus he wanted to focus on innovation, so he started a lot of new initiatives such as the Office of Research and Innovation and the 707 Hub. Shortly after, Claire Rolfs funded WIN.

Parsons Waters created WIN based on information gathered from focus groups held before she was hired to ask students, faculty, staff and the community what they thought WIN should be.

Parsons Waters said she materializes change through her work with WIN, which empowers people through three types of programming: inspirational, professional and social.

She said social programming is important because often a student can be the only woman or only person of color in a class, which can be isolating.

Jean Grow, the co-director for the institute said her vision for the group is of intersectional inclusivity and gender equity.

“As advocates for justice, we will engage, inspire and transform students, faculty and community leaders,” Grow said.

She said she emphasized inclusivity in conjunction with women’s empowerment.

On the basis of the $5 million  endowment, Grow said WIN was initially funded by the Rolfs family, Claire Rolfs in particular. Once the funders saw the work that Parsons Waters was doing with WIN, they were compelled to make the commitment to the Institute for Women’s Leadership.

Grow also said the institute plans to hold more student events in the future, which she encourages students of all genders to attend.

Andrea Schneider, co-director for the institute, said the organization will promote change through three concentric circles.

“One is campus and what we can do on campus for students, staff, and faculty to make sure that everyone feels equipped to lead,” Schneider said. “Then there is Milwaukee and what we can do to ‘Be The Difference’ in Milwaukee, how can we partner with corporations, nonprofits and the government in promoting women’s leadership and supporting nonprofits that focus on women.”

Schneider said the third circle is to be a model of how to put research into action at the national level.

Schneider said the institute will use the Rolfs’ donation to support research and programming.

“As we implement the mission and the vision … we expect that there will likely be additional fundraising as we expand our programming out into the community,” she said.

Jennica Webster, another institute co-director, said her goals are to create the space and support structures to foster an interdisciplinary research culture focusing on gender-related issues.

“By interdisciplinary, I mean we have some great people doing great research across our campus in the natural and social sciences, arts, humanities, health, engineering, communication, business and education,” Webster said.

According to the institute’s website, there will be food and refreshments at the Oct. 3 event, and Grow, Parsons Waters and Schneider all said they encourage any student to come to the 707 Hub and participate in the kickoff event.