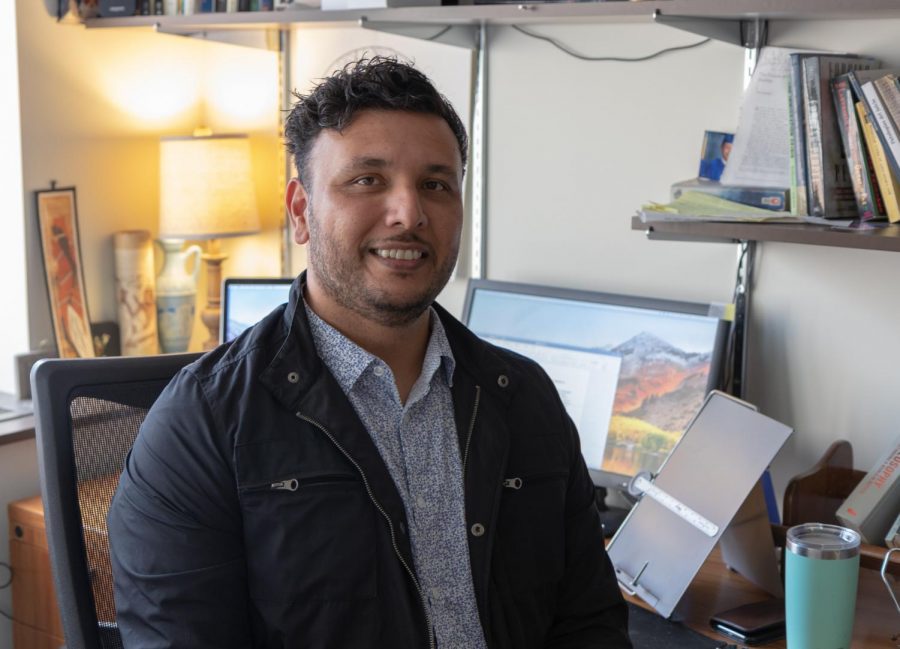 Grant Silva is the coordinator of REIS.

Hires were made to multiple departments across campus, including economics and psychology. Additional positions were also added to engineering and nursing.

Cluster hiring involves recruiting multiple people into one or more departments with similar research interests, according to the news release. The hiring will help establish REIS and advance faculty diversity, a priority in the university’s strategic plan.

“Knowing that national demographic changes have and will continue to shift, it is imperative that Marquette shape their faculty to align more closely with the diverse student body that will be attending Marquette in future years,” Ah Yun said in an email.

Grant Silva, coordinator of REIS and associate professor of philosophy, said in light of the recent budget tightening, hiring with a focus on diversity is particularly important.

He said with the demographics changes expected in the near future — meaning fewer college bound students entering universities in 2026 — the program could attract students who may otherwise be uninterested in Marquette.

Silva said Marquette should be putting more effort towards finding students that differ from the predominantly white institution.

“Marquette should be doing more to not just reach out to a variety of perspectives that may differ (from) historical groupings that have populated this institution, but also really promote inclusion,” Silva said.

Ah Yun said the university also did a cluster hire for the 2018-’19 academic year, hiring six faculty in various departments. Eight additional faculty are being recruited to begin during the 2020-’21 academic year.

Although REIS began hiring last year, Silva said they had begun working on it during the 2017-’18 year.

Cainkar said the program now offers more courses than it would have been able to without the hiring.

“Marquette remains a rather monochromatic institution in the sense that it is predominantly a white institution, and oftentimes we ill prepare our students for engaging in a diverse world,” Silva said.

He said programs like REIS can help bridge that gap.

According to the REIS’s website, it offers one major and five minors. The program offers a major and a minor in Africana Studies, while the other minors are Latinx Studies, Arab and Muslim Studies, Literature of Diverse Cultures, and Culture, Health and Illness.

The College of Arts & Sciences houses the program and currently offers 28 courses within different fields.

“It’s meant to provide the infrastructure and act as an academic counterpart to different areas on campus where students may get cultural support or a variety of means of support addressing questions connected to race, ethnicity (and) indigeneity in non-academic settings,” Silva said.