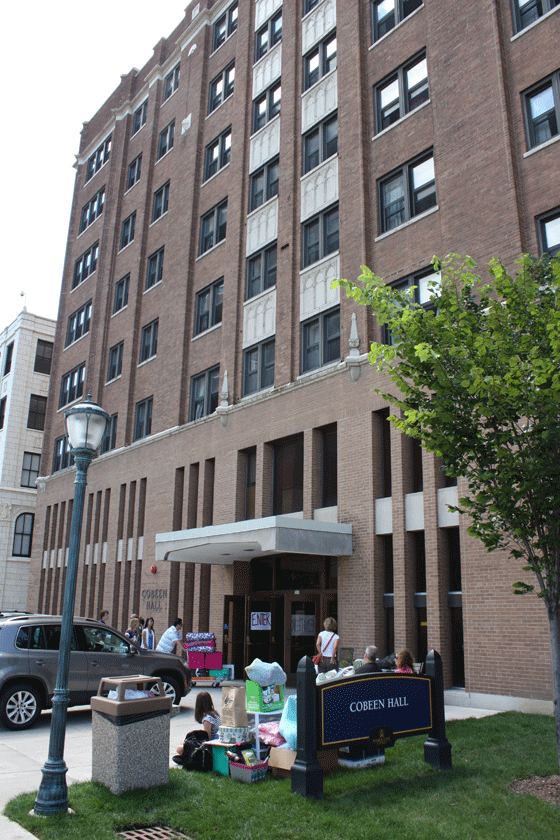 Throughout the nearly century and a half of Marquette’s existence, it has gone through some dramatic changes, such as admitting its first female students in 1909 and changing its mascot 10 times. These changes have challenged Marquette’s traditions, but in many cases, they have shaped the university for the better. Still, some “tradition,” often derived from Catholic values, force students to adjust their lifestyles to fit a traditional Catholic agenda.

One way Marquette expects its students to immerse themselves in the Catholic tradition is through the required theology course. Marquette is a Jesuit institution — it makes sense that they want to educate their students on values that are a central part of the university lifestyle. However, a more objective approach to teaching the subject is necessary in order to acknowledge non-Christian identities within the student population.

My own theology professor follows this objective approach by explaining the Old Testament from an unbiased perspective, frequently referencing the influence of the Hebrew writings and avoiding translated words like “savior” that carry Christian undertones.

Marquette’s traditional values also conflict with students’ sexual health in the form of failing to provide contraceptives and condoms to its students. The medical clinic explains the reasoning as a way to “(keep) with the Catholic tradition regarding birth control.”

This strict loyalty to Catholic tradition has landed Marquette among the top 15 universities for the most sexually-unhealthy environments, according to a data science start-up called “The State of Education.”

For Marquette to truly live up to its image as a school that is not only unbiased but welcoming to non-Christian values, it needs to prioritize the well-being of all students, even those who may not lead an abstinent life.

The most surprising aspect of traditionalism at Marquette is the all-girls residence hall, Cobeen Hall. Although I love the perks of living in Cobeen — the ability to leave later for class, hot cookie night and smoothie bowl mornings, and the rooms are pretty spacious — they do not make living in an all-girls dorm worthwhile.

Residents’ social circles are automatically reduced to only girls. In fact, after O’Donnell Hall’s change from all boys to co-ed, residents commented on how they appreciated the opportunity to meet a wider range of people.

Admittedly, having an all-girls dorm could seem beneficial to cater to students who may prefer to live with the same gender. But I find that reasoning hard to believe, seeing as this option is only offered for girls and since the Office of Residence Life has taken no strides to give students who identify with non-binary genders a similar opportunity.

The bottom line is this: Marquette needs to be more robust in their efforts to cater to a wider variety of students. Marquette can do so without infringing upon Catholic or traditional ideals. Christian students who want to take an in-depth course on their religion can do so, students who prefer to live an abstinent life can do so and students who prefer living with their own gender can live on single-gender floors.

Marquette strives to have an inclusive environment. In keeping that goal, Marquette should stop pushing its conservative Catholic agenda to create a “healthier environment” for all students and focus on creating a more respectful environment for students who do not come from a Catholic upbringing.