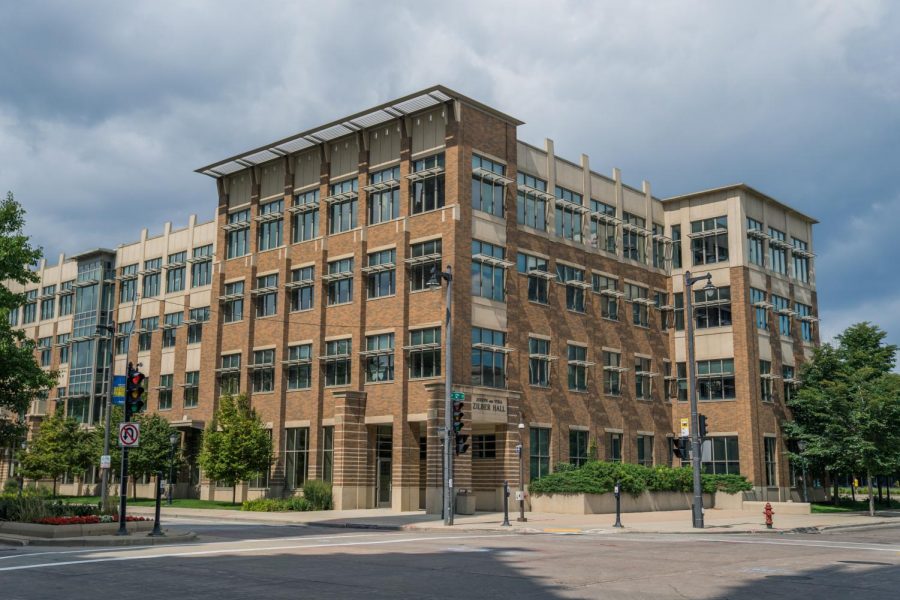 The news release said that Marquette will do everything possible to aid international students affected by the student visa policy change.

Marquette University announced Thursday in a news release that it would reexamine its updated demonstration policy following feedback that recent updates “were unclear or otherwise open to interpretation.”

University leaders, the news release said, are revising the policy and will meet with the University Academic Senate, University Staff Senate and Marquette University Student Government.

“Meetings and feedback gathering will take place in the next few weeks,” acting provost Kimo Ah Yun said in an email.

The university is looking for input at the University Academic Senate Meeting Sept. 16 at 3 p.m. in Alumni Memorial Union Ballrooms C and D. This meeting is open to all.

According to the release, it is inevitable that the spirit of inquiry at Marquette “will produce many conflicts of ideas, opinions and proposals for action.”

“After hearing from members of our community, we realize that the policy should be clearer so that its intended spirit and practical application are understood,” Ah Yun said in the release. “As an institution, we want to appropriately balance the need for practical policies with our commitment to shared governance and the free exchange of ideas, which are foundational to our Catholic, Jesuit mission and Guiding Values.”

Ah Yun and university spokesperson Chris Stolarski did not comment further in respect to the “integrity of the review process.”

Philip Rocco, an assistant professor of political science, said he looks forward to an open dialogue between faculty and the administration about the policy, as well as meaningful shared governance at Marquette on issues like this one.

“There are broader issues with the way this university is run that this particular policy reveals,” Rocco said. “I think a lot of faculty at this university feel that their voices aren’t meaningfully included in the making of policies.”

Rocco said he cares about public safety and an environment in which faculty and administrators can do the important work they need to, but he does not understand the need for a policy that singles out demonstration and political speech opposed to other actions.

“I find it troubling that Marquette has a policy that attempts to circumscribe one particular type of action,” Rocco said. “I don’t understand why we need to have a policy that specifically deals with demonstration.”

Sameena Mulla, associate professor of social and cultural sciences, said she appreciates that there is going to be conversation and a willingness to clarify and engage, but she still has apprehensions.

She also  said the expertise faculty have should help inform policy-making.

Jodi Melamed, an associate professor of English and Africana Studies, said she is disappointed with the university’s move to revise the policy.

“The policy needs to be repealed, not reexamined,” Melamed said in an email. “Frankly, the plan to speak with Academic Senate, Human Resources, and Student Government seems to be to be a kind of gas-lighting, an inauthentic process of ‘consultation’ rather than ‘inclusion.’”

She said she thinks campus doesn’t need a “free speech zone” at the AMU, but that it should accept demonstration as part of being a good citizen and as a good member of the campus community.

“I think the argument from the university that we need to balance free speech against safety is a smokescreen,” Melamed said in an email.

Melamed said the demonstration policy is connected to other failures of governance by the university.

“The university needs to get back to the basics, the core educative function of the university, and it needs to create a truly inclusive community with shared governance to do that. Instead of a demonstration policy, I’d like the university to just honor everyone’s right to free expression and to demonstrate, and to create safety and community through mutual respect and trust.”

The news release said after revision meetings take place, the university will share the updated policy via Marquette Today.