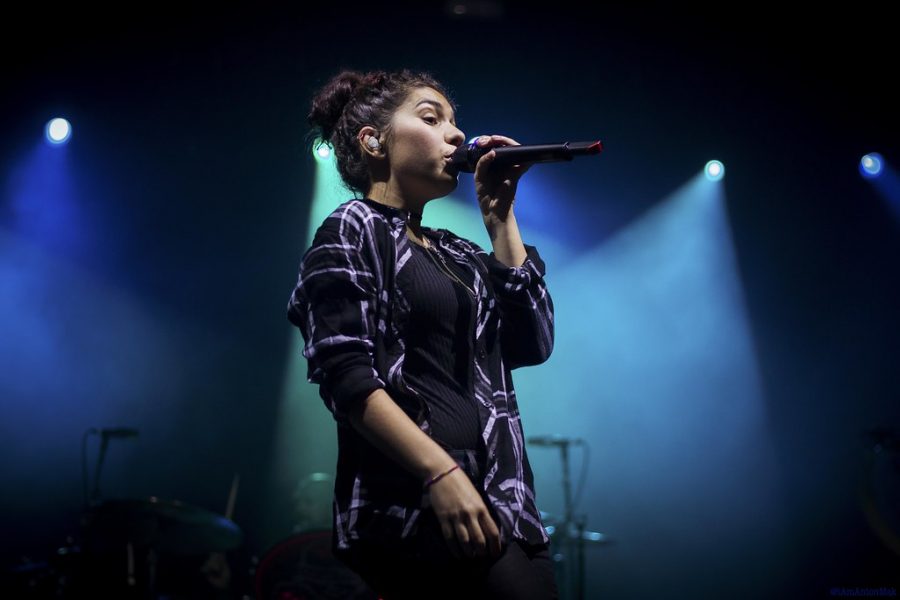 Alessia Cara, 23-year-old musician and 2019 Marquette Homecoming performer, has had many hits over the years, including “Here,” “Scars to Your Beautiful” and her feature in “1-800-273-8255” with artists Logic and Khalid.

“This Summer” is an EP about Cara’s summer love. Cara uses her soulful voice to illustrate the progression of her summer relationships with romantic interests and the relationship she has with herself.

This song starts with more of a soft eclectic vibe, and Cara asked, “Are you not ready for me?” I think “Ready” is ultimately a ballad to Cara’s love interest and is about her struggle with creating a relationship with them. She is struggling to understand what their intentions are which is why she is asking if they are ready for her.

“What’s on Your Mind”

Cara illustrates what I think is the struggle to communicate with this love interest who is being secretive in this song. It is a little more upbeat and positive. She gives them an ultimatum and said, “Speak now or forever hold your tongue,” and asks “How am I supposed to know what’s on your mind? I don’t have a crystal ball, can’t see through your walls, you should know better.” Here I think she is explaining that she won’t play games with them, if they want to be with her they need to tell her. It’s now or never.

I am not a huge fan of the sound of this song. I think it is supposed to illustrate her struggle with losing herself after a breakup. The problem I have with this song, it sounds like it’s coming out of a tin can but perhaps it is supposed to sound imperfect to depict her internal struggle. Aside from the interesting composition, Cara’s love interest started spending time with a new girl, and she tells them they will never find a girl like her and that she will be fine without them.

This song is where Cara’s best friend fixes her up after her heartache and I think Cara has a moment of growth. She said, “So here’s me convincing myself I’m the sh–” and then rattles off self-affirmations. She explains that she will have to fake it until she makes it but realizes that she will feel better soon. I like the meaning of this song, and I can see this being a great anthem for girls in need of a pick-me-up.

Cara has struck up another love connection, possibly with the same person but maybe a new person. I think, again, she’s struggling to connect with them due to them giving her the cold shoulder after reeling her in. She asked them, “Why you gotta be so cold in the summertime, summertime, I was really rootin’ for you, yeah.” Later she explains that she isn’t heartbroken about this disconnect, but instead, she is disappointed.

This song is definitely my favorite. It’s a little softer and more lyrical, and I have found it stuck in my head over the past few days. “I’m gonna miss this when it’s over. … I hope we never see October,” she said. I can only assume that this is the end of her summer fling, and she knows it has to end in October. She is recognizing the happy memories she had with them, and this song is more of an ode to the good times.

Overall, this EP is very well rounded and tells an extremely relatable story. It is a different twist on typical love stories and emphasizes self-love before committing to relationships.