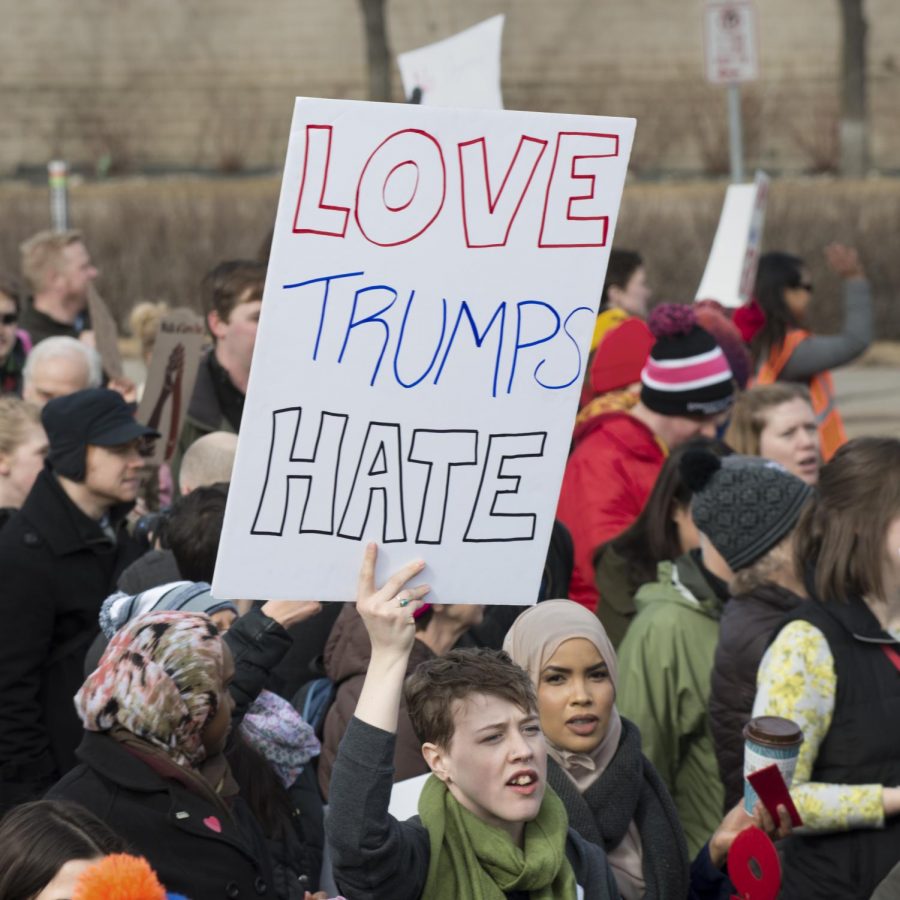 In 1982, my mother stepped off a 737 Boeing at the young age of eight years old. She was nauseous from the seemingly endless 17-hour flight from her home country of Pakistan. The prospect of moving to America and having to leave behind her culture and life did not appeal to her.

My mother moved because her parents had bigger plans for their family. The illustrious tales of employment opportunities and free public education drew my mother’s family and other immigrants like them to the United States.

Years after the initial move, my mother went on to earn an undergraduate degree as well as two master’s degrees and work as a school district technology administrator. Now, she spends her days helping middle school students further their educational opportunities. She is the most hardworking woman I have ever met.

My mother’s account is only a single story from the massive sea of immigrant narratives in this country. These stories depict how hard work and determination allowed immigrants to give back to America, the country that first provided them those same opportunities.

Immigrants consistently contribute to the enhancement of this country, and yet they are consistently victims of policies that restrict their success in America. Trump’s presidency has amplified this phenomenon.

President Trump founded his campaign on immigrant discrimination, and he has not failed in enacting racist policies against immigrants into the governmental system. The administration creates more and more policies that restrict both immigrants’ ability to better their lives and become United States citizens.

One of Trump’s latest policies is part of his America First agenda which focuses on wealthy immigrants and favoring them for green cards over impoverished immigrants. Green card holders are those who legally enter the United States for a temporary stay and then are able to apply to become legal citizens.

Now the allocation of green cards will be heavily based off whether an immigrant has the economic means to support themselves. The control and discretion are left to Trump’s administration, which already proves itself to be racist and ignorant based on the way it continues to maliciously speak against minority communities.

The rule shows that Trump does not believe applicants who might require government programs such as food stamps and subsidized housing should be allowed to stay in the country.

People from countries around the world try to move into the United States because of the few benefits their own countries provide. They struggle in their home countries because economic and educational resources are unavailable; this is why they come to America, to build a better life for themselves and their community. If American nationalists pride the U.S. for the country it is, they cannot deny how much immigrants have contributed to this prosperous and advanced society.

According to the Institute of Taxation and Economic Policy, regardless of immigrant status, all immigrants will contribute $80,000 more in taxes than used in government services. The Atlantic also posted a report that outlined how immigrants give up to $300 billion to the Social Security Trust Fund. If immigrants were not in this country, the full benefits of Social Security would not be capable beyond 2037.

The CATO Institute also published a study that found that the foreign population per capita spends less on governmental social aid programs than native-born individuals. Immigrants are not simply stealing from this country without giving anything in return.

Marielena Hincapié, executive director of the National Immigration Law Center, said in a statement to CNBC, “this news is a cruel new step toward weaponizing programs that are intended to help people.”

Voters must also be sure to make informed decisions during elections to ensure the officials in office are truly trying to help. My mother and her family came into this country because it was holding out open arms for all breeds of people. Now Trump is taking away that comforting and positive reputation for this country, and citizens must take action to stop it.