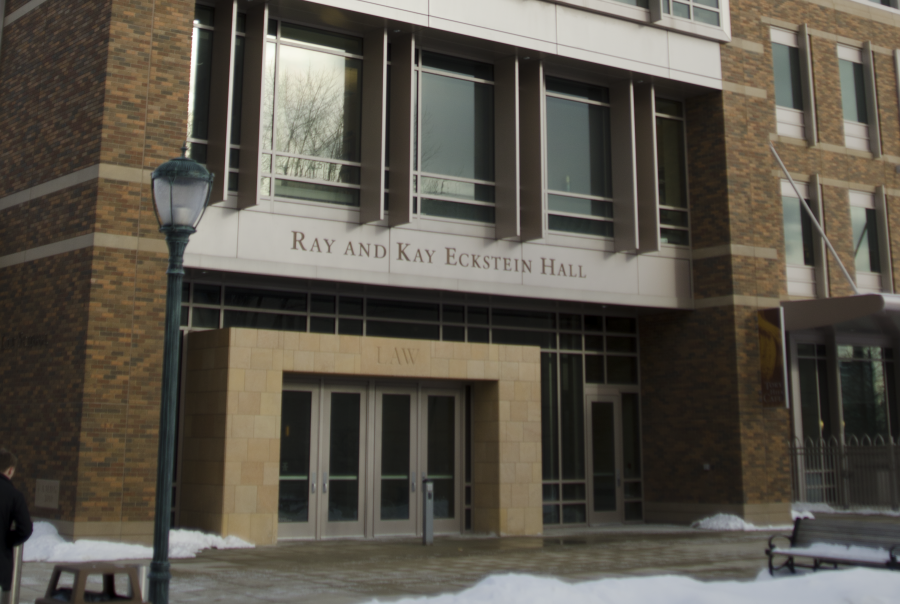 Marquette University Law School poll director Charles Franklin compared the school’s latest 2020 presidential election poll to the second inning of a baseball game. With 14 months before the election, it’s a long way to the bottom of the ninth and the final score.

The poll, released Sept. 4, took place Aug. 25-29 and included 800 registered voters in Wisconsin. These voters were interviewed by cell phone or landline with live interviewers.

Despite the significance of Biden’s lead, Franklin emphasized that the poll is meant to be a baseline for where the election is now before any other states vote in their primaries and before the campaign comes to Wisconsin.

“It is a long way until the end, and by no means are these predictions of what will happen,” Franklin said. “By analogy, most people go to watch a baseball game to see how the score changes over time, and the score early in the game is not absolutely how the game will turn out.”

Franklin said moving forward, the Law School will be doing monthly polling through the rest of the presidential election, excluding a few months for holidays.

The poll asked each voter to make vote choices between Trump and potential 2020 Democratic nominees. This is the first Marquette Law School poll this year that asked voters for these head-to-head choices.

With 14 months until the 2020 presidential election, Biden is leading with 51% of the projected vote, while 4% of voters said they would not support either, and 2% said they don’t know.

Nolette said he will be interested to see if Biden can keep this edge as primary season approaches.

“The Marquette poll is really a very good snapshot … of where we are,” Nolette said.

Trump also lagged behind when matched against presidential candidate Bernie Sanders. While Sanders received 48% of the vote, Trump received 44%. Five percent said they would support neither, while 2% said they do not know.

The answers in the poll evened out with comparisons between Trump and candidates Elizabeth Warren and Kamala Harris.

Franklin said the head-to-head matchups can provide an outlook toward the November election.

“Starting to ask now about President Trump versus various Democratic candidates will allow us a long-term perspective on how that race evolves over the next 14 months,” Franklin said.

Franklin said there is value in such a long-term perspective.

“Imagine that in February or March — just before the primary — you ask me, ‘How did so-and-so come to be in first place?’” Franklin said. “If I haven’t polled on that before, I can’t answer your question.”

Franklin emphasized that despite the fact that Trump’s approval rate has sat at under 50% his entire time in office, the poll shows that he is competitive, with some of the Democrats.

“He’s tied with two of the Democrats, below Sanders by just four and Biden by a good bit more. My point here is there is a range of outcomes,” Franklin said. “Nine points is big, but it’s so far out that you certainly wouldn’t take that nine-point Biden lead as definitive in any kind of way.”

The poll also asked voters questions about issues they find to be important in the 2020 election. Some of those issues were immigration, abortion and gun control, to name a few.

Franklin said the issue-related questions do not get as much coverage as the head-to-head results, but they represent an important goal for the Law School.

“Our purpose is to understand shifting coalitions and strengths. Out of typically 45 questions, easily 30 of those are about public policy issues,” Franklin said. “We’re trying to understand how immigration or trade or health care play out during the campaign as well.”

When choosing the issues to ask about, the polling team tries to balance short- and long-term issues, Franklin said.

He said recent events or dialogue from the candidates often place short-term issues on the front burner, whereas there are some topics that are important to monitor in the long run, such as gun control.

“Now I can tell you, looking back over at six polls since 2015, how attitudes toward background checks for guns and assault weapons have changed,” Franklin said.

While the presidential matchup results were not a shock for Franklin, the economic outlook results drew his attention.

The poll asked voters about their outlook for the economy in the next 12 months, and 37% said they believe it will get worse, and 26% said it will get better.

Of the 52 times the Law School has asked voters this question, this net difference of -11 is the worst result the school has ever recorded. Of the three polls the school conducted this year, two have had more voters saying worse than better.

Franklin said this change also holds up when looking at other states.

“Until 2019, of 47 statewide polls, none of them … had more people say the next 12 months will be worse economically rather than better,” Franklin said.

The poll director said the new pessimism may or may not be a harbinger of the future.

“What the objective economy will do over the next 12 months, I guess we’ll find out. But how people feel about it and how they look to the next 12 months with either optimism or pessimism has some influence on whether they feel like they can take on having a car or a house or a refrigerator,” Franklin said. “I don’t know how that’s going to turn out, but it’s a worthwhile indicator to watch, especially given how important the state of the economy often is in the state of elections.”

Nolette said the economy is an issue that individuals are particularly passionate about in this election, and the same is true for other states. He also said there has been a lot of talk about Wisconsin being a pivotal state in the 2020 election.

With that importance, Franklin more polling will come to Wisconsin. He encourages the public to compare different polls.

“I think and I hope we will see other national pollsters coming in and doing polls here. That would be very useful,” Franklin said. “With mine or with anybody else’s poll, always try to look at it in comparison with other recent polling in the state.”

Franklin said the Law School is willing to invest in polling as a public service. As a university and a law school, he said the goal is to try and provide information to the public that campaigns and interest groups would not disclose.

“Who is providing polling for the public to look at and to understand where we are in politics? As a country or a state, where are our divisions and where are our unities? The more pollsters that can contribute to that conversation, the better,” Franklin said.