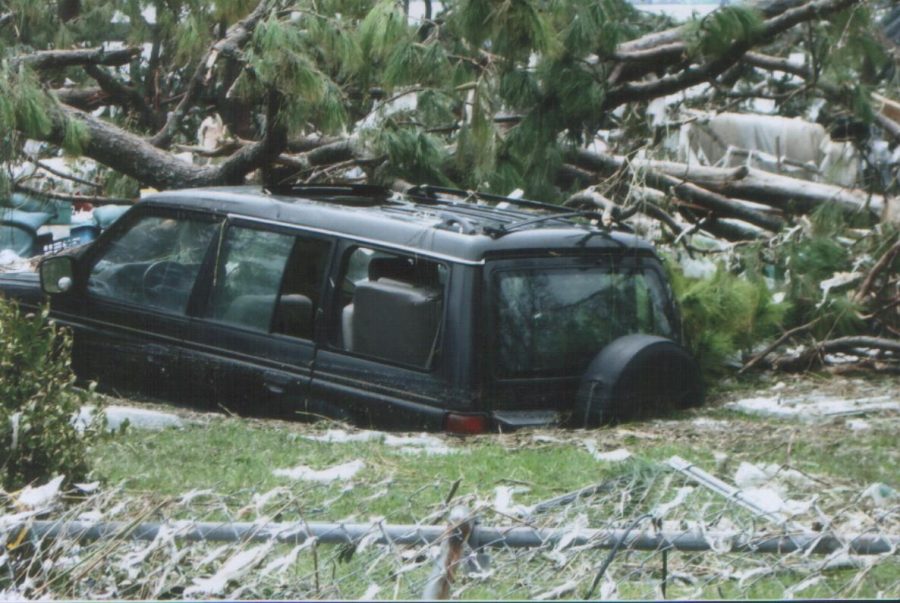 The Trump administration continues to underestimate the severity of natural disasters. Photo via flickr.

As Hurricane Dorian made its way along the United States’ eastern border, President Donald Trump announced that $271 million would be transferred from the Federal Emergency Management Agency, which aids victims of natural disasters, to the Department of Homeland Security.

Although this supports an endeavor to protect American citizens, Trump’s political decision to move money from FEMA to DHS showcases his underestimation of the damage natural disasters bring. It also showcases how willing he is to sacrifice people living on the coasts.

People who do not have the economic means to evacuate cities with potential natural disaster threats are left behind to fend for themselves.

The current administration is more concerned with allocating money for defensive measures than protecting its citizens from the havoc of the environment.

The Trump administration underestimated the hurricanes’ damage and therefore underprepared for the aftermath.

Not only has the Trump administration overlooked the severity of natural disasters and how they will impact our nation, but it has also been particular in how it responds to natural disasters affecting mainland U.S. and Puerto Rico.

Puerto Ricans and Americans saw race as the determining factor in response time for physical and financial support in the aftermath of Irma and Maria; two of the top five most costly hurricanes in U.S. history.

Puerto Rico’s response to Trump added to this controversy.

The mayor of San Juan, Puerto Rico publicly stated that she didn’t think the administration had done enough to help with the relief efforts and Trump subsequently went on a Twitter rampage. He places the blame on the mayor. “Terrible leadership for the poor relief effort,” he said in a tweet.

This is not the first time a president is being affected after sacrificing the American people.

Those who could not leave the area were forced to stay behind. They had to seek shelter in the city’s Superdome stadium, which had very limited space and supplies, and which partly flooded during the storm.

Barack Obama’s handling of disaster relief was very different from Trump and Bush’s. He urged citizens to take severe weather notices seriously during Hurricane Sandy, which were not taken seriously or enforced during Hurricane Katrina.

Trump should follow up on those actions and think first about American citizens protection.

Unfortunately, Trump’s lack of preparation is not unique.

Natural disasters are increasing in number and intensity more every year. The presidency cannot continue to provide inefficient funds and relief programs for victims of natural disasters.