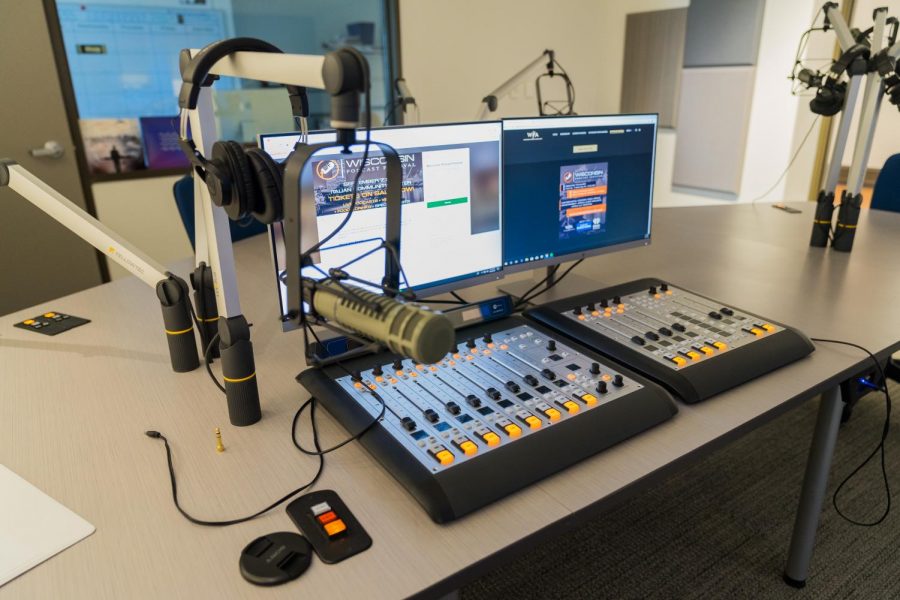 Audio content for a podcast can be created using technology such as a microphone, a sound board and a pair of headphones.

WPA owner Allison Phillips said the association is a place where podcasters can come together, collaborate and learn. Podcasters can sign up online for free.

Phillips’ friend, who also owns a network, was organizing a local event to talk to a handful of people, and Phillips decided she wanted to “one-up him” and create a festival, she said.

Phillips said she came up with the idea for the WPA while she was under the effects of post-surgical medication a few months ago.

“I got the domain name, I did half of a website, I did a horrible graphic, I announced it and I woke up the next morning to about 200 messages saying ‘Tickets Sold,’ and I was like, ‘For what?'” Phillips said. “I didn’t remember.”

While she did not remember announcing the festival, Phillips said she does not regret it. The festival has opened doors for the WPA.

The WPA recently signed a multi-year contract with iHeart Radio, Phillips said. Phillips added that details about this will be announced Tuesday.

The festival will offer a place for both current and potential podcasters to listen, learn and unite. Phillips said attendees get to do more than just “walk around”: Every ticket allows the attendee to either record a 10-minute intro/outro for their podcast or get a headshot taken.

By offering help with intros and outros, Phillips said she hopes podcasters can get comfortable behind a microphone and get a head start on a podcast.

Phillips said the festival aims to attract both people that have experience creating podcasts and those that are unexperienced but interested in learning.

During the day, there will also be live podcasts on the main stage, breakout sessions, food and refreshments.

Phillips said her path to podcasting was untraditional.

She out as an actress and later worked behind the scenes for the Emmy Awards. She said it was there that she realized she loved business more than acting. She later moved back to Wisconsin and started a marketing company. Two years ago, Phillips’ friend Wes McKane led her to podcasting after he was let go from his morning radio show on Milwaukee’s 103.7 KISS-FM.

Phillips invited McKane to come work in sales at her company, but she said she quickly realized that while McKane was a great radio host, he was not good at sales.

“(‘Radio Rejects’) was fun to do, and now, a year and a half later, I do podcasting,” Phillips said.

Phillips additionally owns Edge Podcast Network, through which she and her 10-year-old daughter Peyton host a show called “PeyPey the Podcaster.”

“She’s really the lead in it, but she lets me be on there once in a while,” Phillips said.

In addition to “PeyPey the Podcaster,” Phillips hosts a show with singer-songwriter KatieBeth called the “Pridecast,” where the two women cover LGBTQ+ topics and beyond.

Phillips said she enjoys listening to podcasts, especially ones about true crime. Some of her favorites include “My Favorite Murder,” “Serial” and “Dirty John.”

“(Schwartz) was hands-on and did everything,” Phillips said. “Her first guest is the defense attorney of Jeffrey Dahmer. You don’t get better than that.”