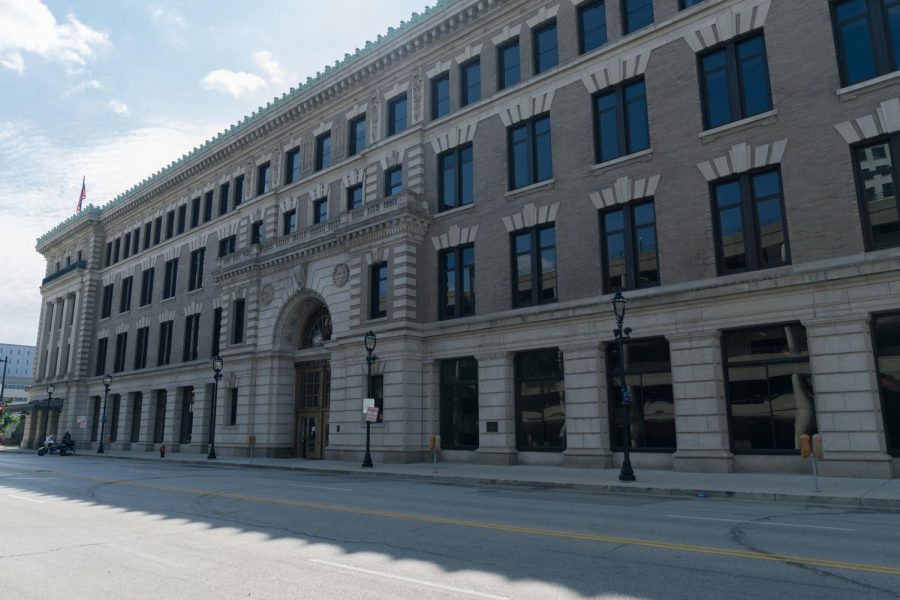 The unGALA switches venues periodically, and this year the event will take place at the We Energies Public Service Building.

The 2019 Fall unGALA: Surrealist Ball will “(celebrate) all things Surreal through an evening that promises to be creative, fun, and deeply impactful,” the release said.

Surrealism was an artistic movement of the 20th century that embraced peculiar and dreamlike imagery as a representation of the unconscious mind, according to an article from Park West Gallery, an international art dealer based in Southfield, Michigan.

“Madonna of Port Lligat,” was created in 1949. Dalí painted a second, larger version of the painting in 1950, which is located in Japan at the Fukuoka Art Museum, according to Marquette’s website. The Dalí original has become one of the Haggerty’s most prized pieces of art.

This year’s unGALA celebration marks the 35th anniversary of the Haggerty Museum of Art.

“We are excited to celebrate this milestone with the vibrant art community that the Haggerty so passionately fosters here in Milwaukee,” event chair Lindsay Ruch said in the press release.

Hosted for guests 21 and older at the We Energies Public Service Building in downtown Milwaukee, the Fall 2019 unGALA is meant to be a “modern-day version of Marie-Hélène de Rothschild’s 1972 Surrealist Ball,” according to the Haggerty website. De Rothschild was a French socialite whose lavish party in the early 1970s celebrated surrealism with guests donning “everything from subtle masks and headbands to elaborate makeup and over-the-top costumes.”

Although not required, unGALA attendees are encouraged to dress in “creative cocktail attire,” the release said.

The unGALA will have food from Milwaukee Spanish-Portuguese restaurant Amilinda, live entertainment from Midwestern salsa band Nabori and a silent auction.

The annual event, which gives 100% of raised funds to the museum to support its exhibitions and programs, took the name “unGALA” last year, when the chair of the event decided “stuffy parties were a thing of the past.”

“She wanted to make this fun and unlike the traditional ball or gala,” Mary Dornfeld, marketing and developing assistant at the Haggerty Museum of Art, said.

Each year, a committee made up of volunteers selects a theme and a venue for the event. In past years, the gala has been held at a variety of locations, including the museum itself, the Alumni Memorial Union, Discovery World, The Grain Exchange and The Wisconsin Club, Dornfeld said.

Individual tickets for the gala begin at $275. But this year, there is a new option: the After Party.

The After Party is an included provision for gala attendees, but tickets to solely attend the After Party can be purchased for $50.

“This is an opportunity for people who want to support the museum, but may not want to attend the entire evening,” Dornfeld said. “They can come to just the After Party, and they can be with their friends and still support the museum.”

From 8:30 to 11 p.m., the After Party will provide beer, wine and dessert and feature live music from local Milwaukee artists Lex Allen and Immortal Girlfriend, according to the event flyer.

A grand prize of $250 will be awarded to the guest with the best Surrealist costume at the After Party.

While the event’s 21-and-over requirement and ticket prices may limit attendance by Marquette students, the annual gala provides essential funds from which students are able to reap the benefits.

Marion Lewandowski, a junior in the College of Arts & Sciences, works as a student guard at the Haggerty, which involves protecting the art and monitoring guests as they walk through the exhibition. She also serves as a friendly face and resource for guests seeking to learn about the art on display, she said.

Lewandowski said the Haggerty often acts as an interdisciplinary learning resource, as students come from various classes to view art and connect it to their studies.

“(There are) a lot of great curators who give tours (to students) and then help connect (the art) to the class they’re in,” Lewandowski said. “That’s what I’ve done in my few classes. I’ve gotten a lot out of it.”

Tickets for the 2019 unGALA: Surrealist Ball and After Party can be purchased by calling the Marquette University Special Events Office.