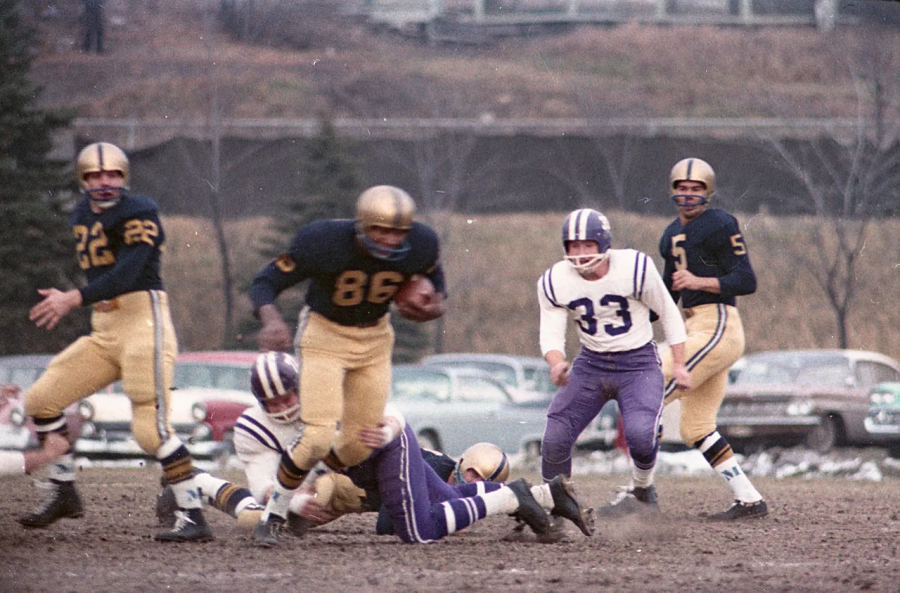 As week one of classes ends, week one of college football begins. For most American universities, this means busy Saturdays filled with cheering, tailgating and bonding. Marquette University differs from these universities during this time of year because it has not had a football team in more than 50 years.

Mainstream media portrays a close relationship between football and the college experience through movies, television and books, so much so that now it seems almost impossible to not think about football on a Saturday afternoon in fall.

What could have led to this diminish and more importantly, what can bring Marquette’s enrollment numbers back up? What is the university lacking? Could the addition of a football program potentially increase enrollment?

Once Marquette dropped football, other smaller universities followed by ending their programs as well, such as Pepperdine University in California. Marquette’s lead may have been extremely influential at the time, causing other universities to see Marquette’s experience as a cautionary tale and pull out of their programs before they lost more money. These universities, however, did not include a few of our BIG EAST counterparts as Villanova, Butler and Georgetown still have programs in the Football Championship Division. Marquette, however, doesn’t even have a club team.

When asked about the possibility of a football team, University President Michael Lovell said in a 2014 Reddit Q&A that he didn’t believe the university could support a football program. Lovell said the university didn’t have the resources necessary for student scholarships, fields or a coaching staff.

At a glance, this makes sense. Marquette does not appear to own enough land required for a football field, stadium or parking lot. Additionally, finding and hiring a new coaching staff would most likely cost hundreds of thousands to millions of dollars, as the average head coach of a Division I football program’s annual salary in 2018 reached just over 1 million dollars, according to USA Today.

Every university with a football program, however, must consider the costs and benefits. In the majority of cases, the investments are returned. With merchandising and ticket sales, the university could generate a substantial amount of money. According to a 2017 Business Insider article, 127 Football Bowl Subdivision universities generated a combined average annual revenue of nearly 32 million dollars. Basketball, however, annually generated just over 8 million dollars.

The addition of a football program could also help the Milwaukee community. Not only would the construction of the football field and stadium create jobs, but it would bring in revenue for many Milwaukee businesses.

If you need any proof of how well stadium-neighboring establishments do on game days, take a walk around Fiserv Forum an hour before a Bucks game. Restaurants are filled with happy fans and shops are filled with people looking to buy team apparel before the game starts. This would also contribute to the university’s revenue, as vendors cannot sell copyrighted Marquette trademarks or likenesses without a license.

While the initial costs of a football team and its necessities might be unappealing to university officials, statistically speaking it is well worth the investment. And as time goes by, the necessary funding for these projects only increases.

It can also be predicted that the majority of Marquette students who go to athletic events would enjoy having a football team.

At the end of the day, it is the university’s decision. If it agrees, the essence of school spirit lives on through another sport. If it disagrees, a piece of Marquette history will remain in the past.