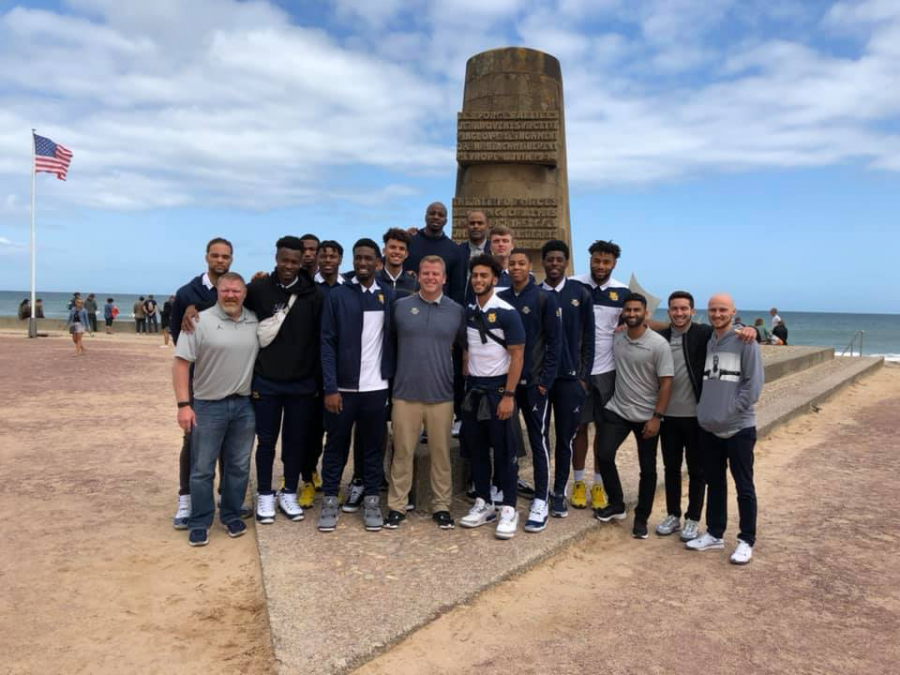 When coach Steve Wojciechowski looked for people to teach the team the history behind D-Day prior to its foreign trip, he didn’t have to look far.

A few offices down from Wojciechowski’s own, special assistant to the head coach Rob Judson channeled his past as a history teacher to give Marquette men’s basketball the lesson.

“When he was over in Paris (for the foreign tour), he did an amazing job giving a presentation about it,” Wojciechowski said.

But history lessons from Judson were far from the only takeaway for Wojciechowski during the team’s foreign trip.

Wojciechowski said he was “pleased to see where (the newcomers) are” in their preparations for 2019-’20 and said they all “showed the potential to help our team this year.”

Yet, the competition was hardly BIG EAST caliber. In the last game of the trip, MU built a 26-point lead against AK Basket by halftime despite star guard Markus Howard not playing.

“You want to see how what you’ve done in practice … translated against somebody else,” Wojciechowski said. “The competition was not great, but we were able to see some things we did well … and other things that we have to spend more time on.”

Visiting Normandy was a highlight for Wojciechowski, who had not visited the historic landmark until the trip.

“You hear so much of it. Obviously, this year was the 75th anniversary of the invasion,” Wojciechowski said. “The feeling that you get while you’re there, it brings it to life more so than watching (Normandy from a distance).”

While Wojciechowski admitted the competition was not fierce in Europe, the NCAA gave Marquette 10 extra practices before the foreign tour. All NCAA-affiliated teams’ practice time is limited in the summer.

“It was a great trip on a lot of different levels,” Wojciechowski said. “Obviously, the basketball piece was important. The 10 practices prior to leaving were even more important than the games.”

Injuries kept Marquette from doing much 5-on-5 until the tour, but Wojciechowski said other than Greg Elliott’s recovery from ankle surgery, everyone is healthy aside from some “bumps and bruises.”

Now the team can finally do 5-on-5 drills without an assistant coach having to play, which Wojciechowski said was helpful during the foreign tour.

“It was very good to be able to do some 5-on-5 stuff,” Wojciechowski said. “And just basically see where we are at this point of the year, what we remember from last year, what tweaks we need to make. … More than anything, it was a great learning experience for our team.”