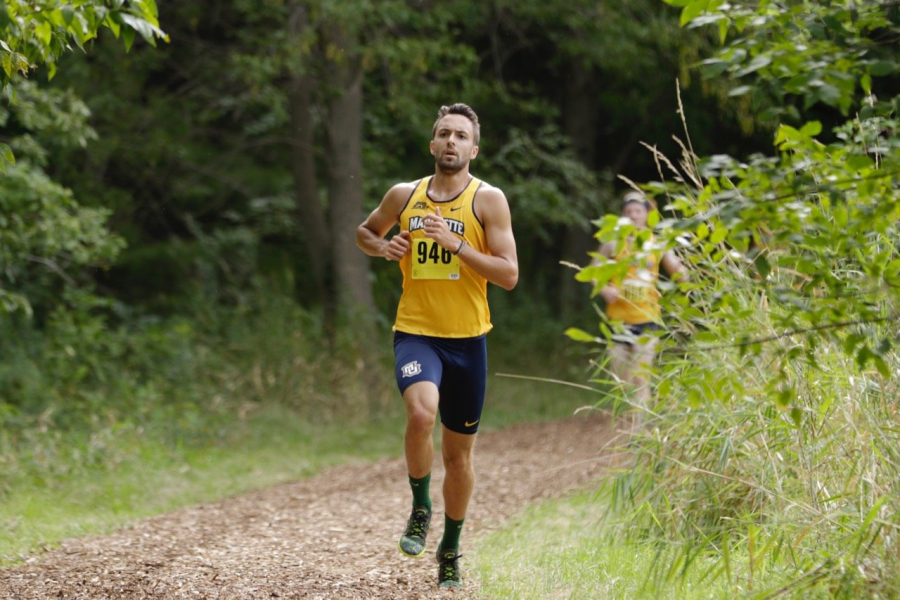 Marquette kicked off the 2019 cross country season under interim head coach Sean Birren with a dominant showing in the Phoenix Open meet hosted at University of Wisconsin-Green Bay.

In the meet between Marquette and UW-Green Bay runners, the Golden Eagles had the top 20 finishers on the men’s side and 14 of the top 15 on the women’s side.

The seniors weren’t the only ones putting up impressive performances. All but one runner on each side for Marquette finished better than the entire UW-Green Bay team. There was also notably very little separation in posted times between the top runners for the Golden Eagles.

Four men’s runners were within 15 seconds of Eagan’s winning time, including redshirt senior Ryan Burd, senior Daniel Pederson, junior Alex Gill and sophomore August Beyer. It was a similar story for the women, with just an eight-second difference between McGauley and the four who placed after her: freshman Kate Jochims, sophomores Kendall Pfrimmer and Lauren Neiheisel and junior Emily Foley.

Birren said in a press release that he typically looks at the first few meets as a “tune-up” or “rust buster.” This meet was no exception, but he was encouraged by how the team ran and said they will work to continue improving as the season goes on.

“Our mindset was that we wanted to run together how we have been in practice for the first 3k and really push out for the last 2k,” Birren said in the press release. “Overall, I thought both teams ran great this morning.”

Marquette is off next weekend before traveling to Normal, Illinois, for the Illinois State Invitational Sept. 13.