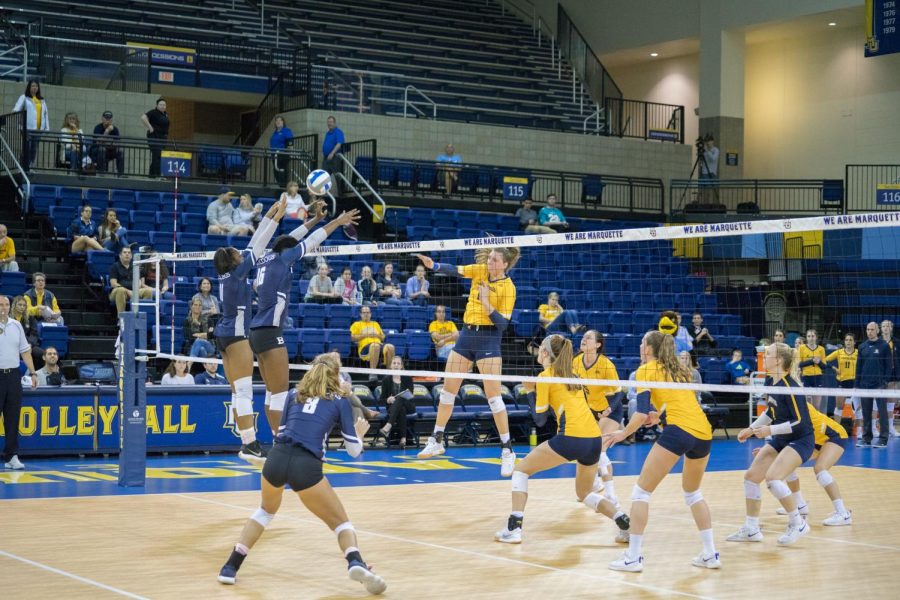 No. 16 Marquette swept Utah Valley University and Boise State University in a nine-hour span to start the season 2-0 at the BYU Nike Invitational.

The Wolverines never hit better than at a 0.226 clip in a set while the Golden Eagles averaged a 0.395 hitting percentage.

Senior outside hitter Allie Barber finished with a game-high 14 kills and 0.444 hitting percentage. She was the only Golden Eagle to record double-digit kills.

The Wolverines’ Kazna Tarawhiti posted a team-high 13 kills and accounted for 10 of Utah Valley’s 24 digs. Meanwhile, Jaysa Funk Stratton accounted for 25 of the team’s 31 assists.

Boise State nearly forced a fourth set, taking leads in the second and third sets. The Broncos also tied the second set 10 times before consecutive kills from Werch resulted in the 27-25 set victory.

Three Golden Eagles reached double-digit kills. Werch had her best offensive match of the day with 13 kills, 15 digs and a 0.522 hitting percentage. Werch tied with Lines for the team-high 13 kills, while Barber added 12 of her own.