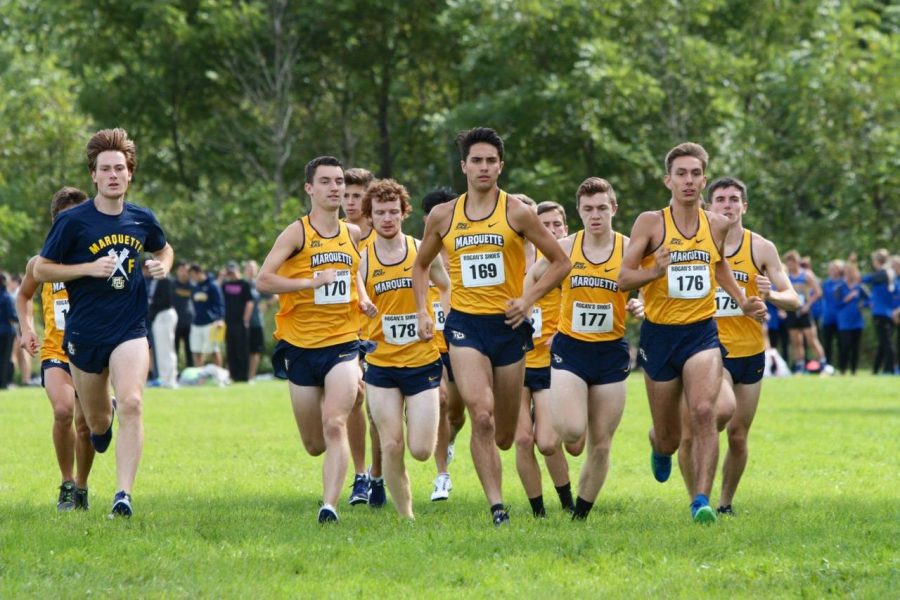 Marquette will start its national search for a permanent cross country coach after the 2019 season, athletic director Bill Scholl said.

Longtime head coach Mike Nelson departed the program Aug. 12 to become the director of cross country and track and field at Monmouth University, a Division I school competing in the Metro Atlantic Athletic Conference. Nelson had been head coach since 2007.

The announcement left MU without a coach with the start of the season fewer than three weeks away.

“If this had happened last December, we wouldn’t have had an interim in place (before a permanent hire),” Scholl said. “Many of the kids were already here (when Nelson left).”

Scholl opted against immediately naming a permanent head coach, citing the lack of potential candidates so close to the start of the season.

“There’s a higher likelihood of a deeper candidate pool if we do it when the season ends as opposed to right as the season was starting,” Scholl said. “I don’t want to limit the pool, and we have a very capable interim (head coach). … We felt very comfortable going that route for this season.”

The department will consider candidates inside and outside the program, Scholl said. He also said it’s possible the new permanent head coach could be named mid-season.

Since the shift, track and field coach Bert Rogers has helped with many of the organizational details of running the program. Scholl described Nelson as an “organized freak.”

“(Nelson) had the next several weeks scheduled down to the minute,” Scholl said. “Sean was obviously part of that process, so he knew what he was walking into. It really was, I’d say, seamless.”

Scholl said the team found out about Nelson’s departure on the same day he notified the athletic department, allowing the team to hear it from him before media reports.

“Nothing hurts more than when they find out through the grapevine,” Scholl said. “It’s just not fair. Unfortunately in today’s world with Twitter and social media, news moves so quickly. You can’t always get to them before at least the rumor mill starts.”

Scholl said the bigger anomaly is not the three changes in one offseason, but the department going five seasons without a coaching change.

“The oddity is we went so long without a head coaching search,” Scholl said. “Maybe that’s what led to a glut all at one time. It kind of got backed up, so to speak.”