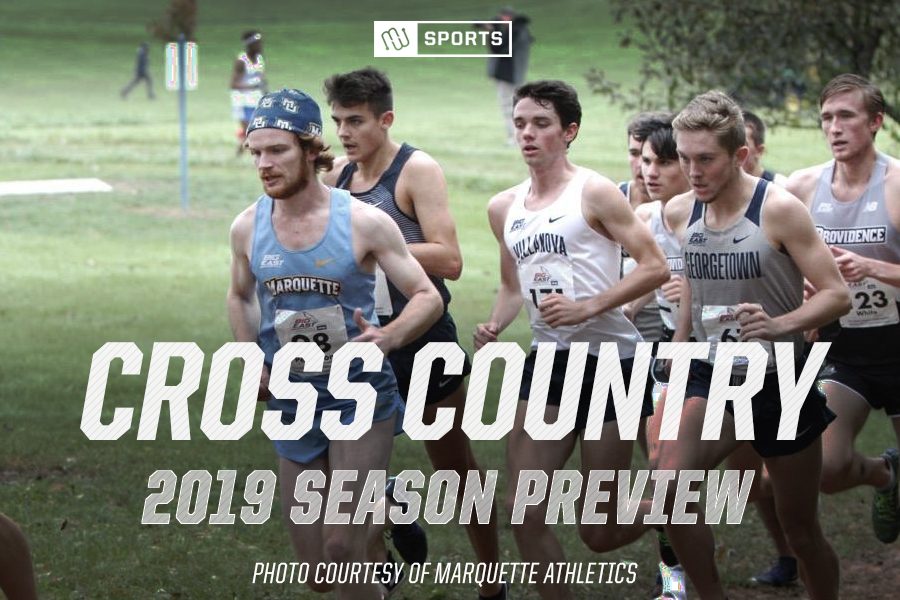 Marquette’s cross country program is in much more of a period of transition than the team is used to heading into the season following the departure of former head coach Mike Nelson 18 days before its first meet.

“It’s been crazy all around,” Sean Birren, the interim head coach, said. “It’s a hard transition, but it’s also a fun experience to see everyone try to work through it.”

Not only did Birren receive the responsibilities of a new job, but he was given responsibilities in the form of a daughter. Birren’s wife went into labor no more than 15 minutes after Birren signed his contract to become the interim head coach.

“It was a lot of blessings in a short period of time,” Birren said.

The athletes know the difficulty of the task at hand for their new head coach.

“We understand that he’s been working super hard for all of us as well as his family,” senior Daniel Pederson said. “We’ve all worked with Sean before, so we’re comfortable with him, but there will be adjustments here and there.”

Pederson said Nelson left the team in a good place with “phenomenal” upperclassman leadership on the team, so those things are making the transition a little easier.

Recently, the entire team went on a camping trip to Camp Whitcomb/Mason to train and build chemistry. The trip came after the team worked out individually during the summer.

Both Pederson and McGauley said with all that mileage, the athletes seem to be in a pretty good place.

“Almost everyone has had the best summer of their careers,” Pederson said. “Everyone was more fit and in shape than they’ve ever been at this time that I’ve seen.”

Birren said this time of year is all about making sure everyone gets into shape and stays healthy. He said it’s also important for the athletes to settle into the new year without being immediately overworked.

“You don’t necessarily want to be in peak shape right now because you can’t hold it for the entirety of the season,” Pederson said. “But it’s good to be healthy and trending towards that peak.”

Pederson said Nelson left them with his training schedule, but Birren is also going to be trying some new things.

The team has high expectations for BIG EAST competition after finishing fourth on the men’s side and sixth on the women’s side last year.

Pederson said his goal is to repeat as an All-BIG EAST First Team honoree and for the team to fill in for the loss of graduating seniors like Jon Klaiber.

McGauley added that she would like to strive for All-BIG EAST honors, and she believes she has what it takes to accomplish that.

“I’m coming into this season with the mentality that I belong,” McGauley said. “I know I am a good runner who should be up there with the other top runners.”

Despite the difficult conference and the challenges of a last-second coaching change, there seems to be confidence within the program.

“I think we’re going to see improvements on both sides,” Birren said. “We have a bunch of good upperclassmen and some good freshmen coming in as well.”

Pederson and McGauley echoed those statements.

“We are still a fairly young team, and this will be an adjustment year,” McGauley said. “But I’m confident in what we have, and we’ll be ready when it comes to (the) BIG EAST.”

Pederson said this is a very important season for the program, and the transition period needs to be done the right way to build off the team’s previous success.

“There’s no reason why we all can’t have the best season of our careers,” Pederson said. “I think we’re ready for the challenge.”