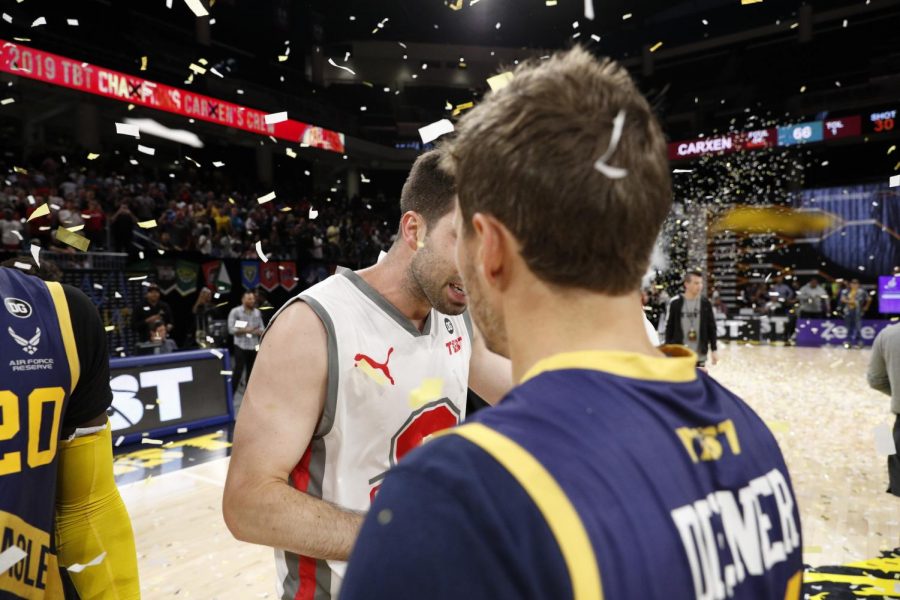 Photo courtesy of The Basketball Tournament

The Marquette alumni had the lead in the Elam Ending, but Carmen’s Crew ended the game on an 8-0 run to win the $2 million. Two consecutive free throws from Carmen’s Crew’s William Buford sealed the Ohio State alumni team’s fate. The $2 million grand prize will be split among players, coaches and the top fans.

“It’s always tough when you get so close and don’t finish the job,” Golden Eagles Alumni shooting guard Travis Diener said. “Especially with what’s at stake. But more importantly, we had a great time.”

The Golden Eagles started out slow shooting a robust 30 percent in the first quarter before outscoring Carmen’s Crew 23-13 in the second quarter. An evenly-matched second half resulted in the MU alumni starting the Elam Ending down 58-57. The game featured 17 lead changes, and neither team could expand its lead to more than 10.

“It’s nice, any time you get a chance to play and show people you can still play and you can still contribute to a high-level team,” Wilson said. “It’s a great opportunity.”

Carmen’s Crew shot well from behind the 3-point line, going 7 for 16. They shot 24 for 51 overall. Buford and Jon Diebler were particularly hard to stop, going a combined 5 for 7 on 3-pointers.

Marquette had a solid shooting performance as well, shooting 45 percent from the field. However, they shot only 36 percent from beyond the arc.

This was the first time Marquette has made it to the championship game after making the semi-finals twice and quarter-finals once.

MU still has yet to win the $2 million grand prize since joining the tournament in 2016. Prior to this season, Golden Eagles Alumni lost in the semifinals once and twice in the quarterfinals.

“It means a lot when you put on a Marquette jersey,” Diener said. “That’s why it hurts even more.”