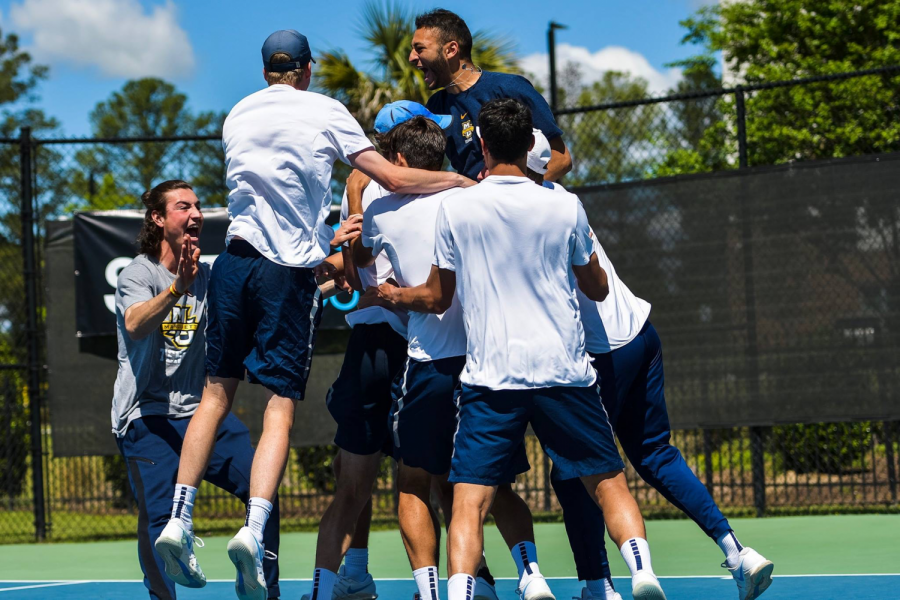 The women’s team lost 4-3 in the quarterfinal. The Golden Eagles fell behind early on, giving Villanova a 3-0 lead, but they quickly jumped back into action when junior Lesley Foe claimed her set with a 6-4, 6-1 win at the No. 6 position.

Junior Fleur Eggink fought her way through multiple rain delays to win her match, and junior Milicia Novakovic won her match at the No. 3 position, tying it at 3-3.

However, Villanova’s Carina Burdick took two out of three sets against MU freshman Elisabeth Desmarais to defeat the Golden Eagles and move on to semifinals.

The men had more success, defeating the Georgetown Hoyas in the quarterfinals 5-1 and the Butler Bulldogs 4-3 in the semifinals. In the finals, Marquette took two out of three doubles matches and picked up singles wins from senior Greg Anderson and junior Brandon Shanklin. St. John’s tied the singles matches at 3-3.