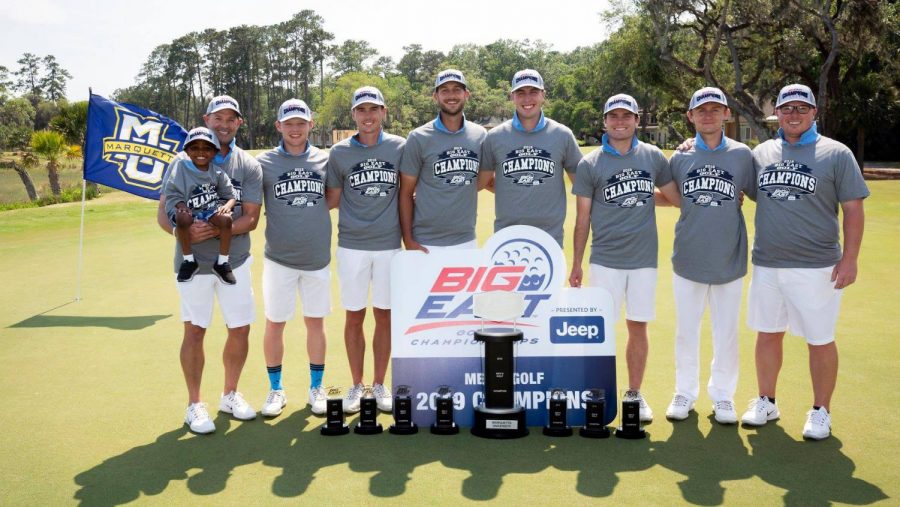 It’s a much different tale compared to last season, when the Golden Eagles lost to Georgetown in the 2018 BIG EAST championship by just four strokes.

Matt Murlick led the squad after tying for a second-place individual finish (75-72-70-217, 1-over-par). The Winnetka, Illinois, native’s performance is a drastic improvement after finishing near the bottom of the pool in the last two invitationals.

A line of Golden Eagles followed the junior in the standings. Senior Oliver Farrell ended the tournament with a sixth-place (77-72-69-218, 2-over-par) individual finish.

Sophomore golfer Hunter Eichhorn remained at the bottom of the pack for the Golden Eagles, finishing tied for 14th overall (75-78-73-226, 10-over-par).

This is Marquette’s first BIG EAST title since 2017 and third title in the last five years.

Head coach Steve Bailey and the squad propelled one another back to the top of the BIG EAST championship for the first time since 2017. Next up is the NCAA Regional May 13. The selection show, which determines where the team will be headed, takes place May 1.