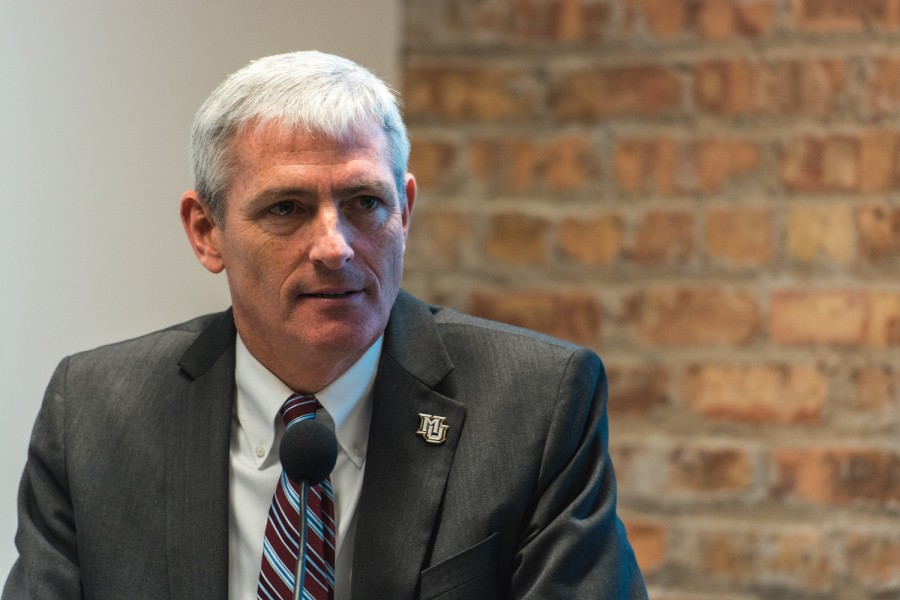 Bishop John Martin Henni, the first Bishop in Milwaukee, arrived in the city May 4, 1844. This May marks the 175h anniversary of the Archdiocese of Milwaukee.

The Archdiocese of Milwaukee has planned 175 Alive, a celebration and commemoration of the day Henni arrived. The celebration is set to take place at Peré Marquette Park, Cathedral Square and other places around Milwaukee.

Amy Grau, the communication director for the Archdiocese of Milwaukee, said the day will be jam-packed with events from 10 a.m. until 4 p.m.

“The event will start out around 9:30 on that Saturday with opening music by the Marquette University Gospel Choir. That’s at the Peré Marquette Park. Then, Archbishop (Jerome) Listecki will be arriving on the Milwaukee River by boat,” Grau said. “The significance of the entrance is to re-enact how the first bishop of Milwaukee arrived. Once the archbishop arrives, Dr. Lovell from Marquette (University) will talk about the history of Bishop Henni and Marquette University.”

University President Michael Lovell said how important the event was to Marquette and the Archdiocese.

“The Archdiocese of Milwaukee asked me to participate in their 175 Alive celebration and I am honored to be a part of this special event,” Lovell said in an email. “I anticipate talking about how the Archdiocese and Marquette have a long, shared history and there is so much to celebrate.”

“He also helped establish Catholic and Jesuit Marquette University, which opened two days before Archbishop Henni’s death in 1881,” Lovell said in an email. “Marquette and the Archdiocese have a strong relationship and we collaborate regularly, especially around education, which has been a primary focus for both of our institutions and promises to continue to be among our future goals.”

Stephen Blaha, the assistant director of Campus Ministry at Marquette, said Marquette and the Archdiocese work together in countless ways.

The event is very important to the Archdiocese as well, Grau said.

“The archdiocese does so much with Marquette University. We come to Marquette with many projects and as you can see from the schedule, they play a major part in 175 Alive,” Grau said.

Grau said after Lovell speaks and the Archbishop speak, the event moves from Peré Marquette Park to the Cathedral for Mass, singing along the way.

“After we move from the park, we’ll move to the Cathedral for mass in which all are welcome and invited to attend,” Grau said. “After mass, the events kind of open up to more of a traditional, Milwaukee celebration.”

The schedule can be found on the Archdiocese of Milwaukee’s website.

“Finally, we’ll be having a three on three basketball tournament downtown, anyone from grades five to twelve, I think are welcome to play,” Grau said.  The free tournament starts at 1 p.m. and runs until 3 p.m.

“The Archdiocese of Milwaukee’s 175th anniversary is such a cause for celebration,” Blaha said in an email.  “The Archdiocese’s and Milwaukee’s histories are intertwined as both grew and expanded together. In addition, Catholic people and life has been a significant part of the history and continuing life of the city of Milwaukee.”

Lovell also talked about his role in the festivities.

“Representing Marquette’s students and alumni, and faculty and staff at this event is extremely humbling – especially when considering the 23 presidents who came before me were dedicated academic leaders and devoted Jesuit priests,” Lovell said in an email.

Blaha said he was excited for the event and felt President Lovell’s role was important.

“I think it’s a great honor and shows the continuing legacy and impact of the Jesuits in Milwaukee and all who have been touched by their ministry,” Blaha said in an email. “President Lovell’s presence also expresses the universities commitment and connectivity to the Church and our particular gift in living out the Church’s mission in Milwaukee and throughout the world.”