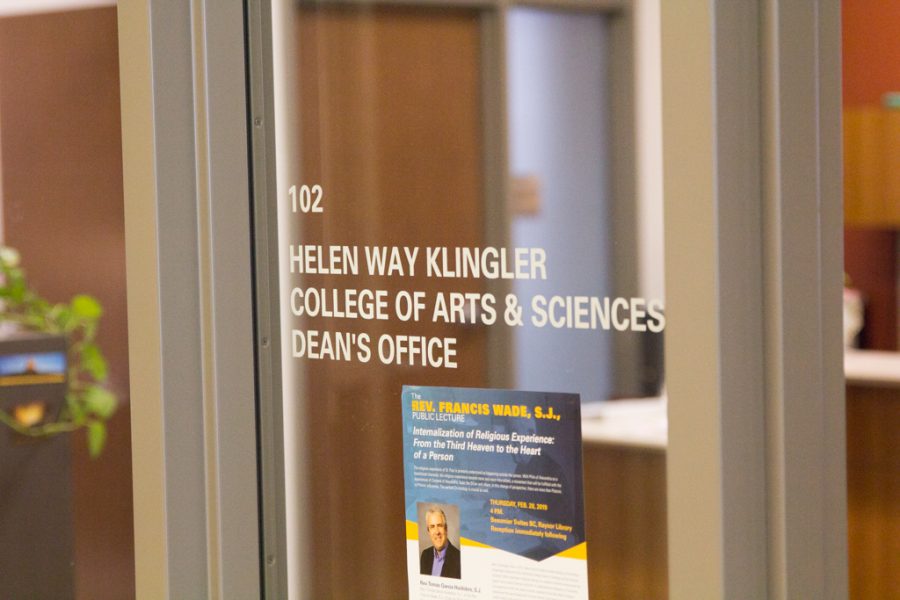 William Donaldson, a professor of chemistry at Marquette University, is doing research in conjunction with research groups at the University of Wisconsin-Milwaukee and Concordia University to look for solutions to symptoms accompanied with menopause in women.

Donaldson said as women go through menopause around age 50, estrogen production dramatically decreases, which can lead to common symptoms of hot flashes, weight gain and memory loss. He said the research at Marquette focuses on dementia prevention.

According to the Alzheimer’s Association, dementia is “a general term for a decline in mental ability severe enough to interfere with daily life.” Memory loss is an example. Alzheimer’s is the most common type of dementia.

“Estimates in the US alone (predict) 50 million women in 2022 (will be going through) menopause and post-menopause,” Donaldson said.

Donaldson said of that 50 million, 80 percent of women will experience physical or psychological effects due to a lack of estrogen.

“There is almost twice rate in Alzheimer’s disease in women than men,” Donaldson said. “It’s not known why, but that is one of the connecting patterns to menopause.”

Donaldson said hormone replacement therapy, in which women take medications containing female hormones like estrogen, has been used in the past to treat menopausal symptoms.

“Hormone replacement therapy was successful at addressing a number of symptoms (like) increasing good cholesterol (and lowering) depression and anxiety,” Donaldson said. “(However), this replacement therapy comes with an increased risk of breast and uterine cancer and blood clots that would lead to stroke.”

Donaldson said there is only a small percentage of women who go through hormonal replacement therapy and that their family health history has to be checked beforehand, checking for history of breast cancer, strokes and blood clots.

“What is necessary is that we find something that will work on the Beta, but not Alpha,” Donaldson said. “Our research has found a small organic compound that is 750 more times selective for Beta than Alpha.”

“It’s very exciting research (and) it’s particularly exciting because it has led to a compound that is effective in a mouse model and doesn’t have a side effect,” Donaldson said, adding that that is not something that is available on the market.

Donaldson said the next steps before the molecular compound becomes a drug are testing for clearance rate as well as other possible side effects.

“Ideally, the clearance rate would be 24 hours (because) it’s not too short or too long,” Donaldson said, adding that the goal is for the drug to be filtered out of the body in a reasonable amount of time.

Edward Wetzel, graduate student in the chemistry department at Marquette, said he is working with Donaldson’s research group to improve their current compound.

“We want to enhance the compound (and are) always looking to improve and make it better,” Wetzel said, adding that they are exploring how to make the compound more potent and selective.

Wetzel said he thinks their research is important and valuable.

“I believe that the problems that arise from aging are not yet solved (and there are) a lot of issues with current medications have side effects,” Wetzel said. “It’s an area that needs to be explored more, especially as our population ages, we are going to see more ailments that need to be treated.”

Richard Holz, the Dean of the College of Arts & Sciences, said he thinks Donaldson has identified a very important area of research. He also said he thinks the initial data is quite promising in addressing women’s health.

“We are incredibly proud of all the faculty in the College of Arts and Sciences, and particularly Dr. Donaldson,” Holz said, adding that this is one of numerous discoveries Dr. Donaldson has made in his career. “This research shows that Marquette faculty, and the College, are engaged in cutting-edge, high-end research.”

Holz said that a large focus of Marquette is addressing social justice, and Donaldson’s research fits in with that by treating dementia in women.