Men’s lacrosse falls to No. 3 Duke in overtime 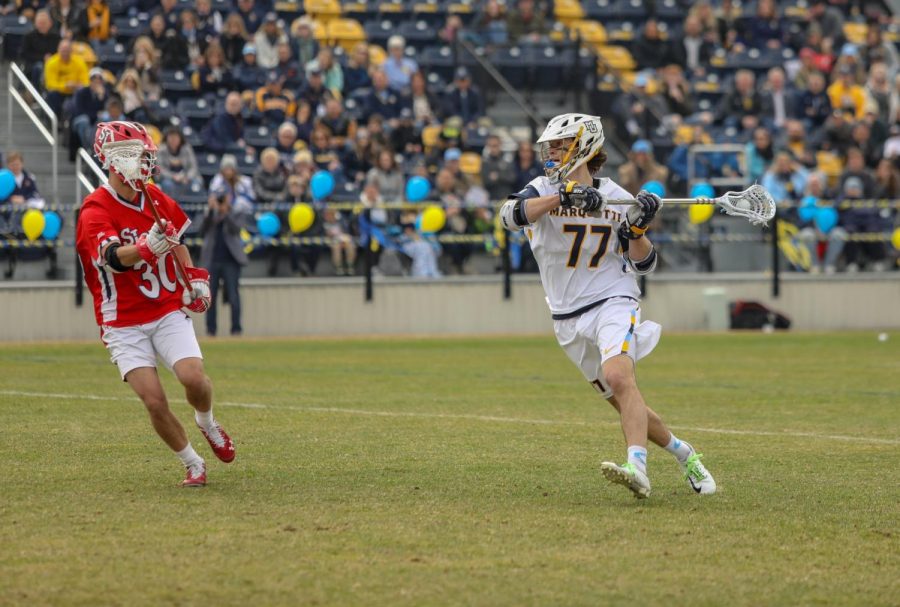 In the rematch Saturday, the Golden Eagles took the Blue Devils all the way into overtime, but they eventually fell 10-9 in the extra period to the nation’s No. 3 team.

MU had a chance to beat the Blue Devils for the first time in program history, but missed opportunities and a timely turnover doomed head coach Joe Amplo’s squad.

Duke hopped to an early 3-1 lead in the game, but the Golden Eagles knotted the game at 3-3 by the end of the first quarter.

The second quarter was a low scoring affair. Duke tallied a goal with 10 seconds left in the half to carry a 5-4 advantage into halftime.

Neither team gained much traction in the second half with both squads trading blows, leading to overtime. However, Duke was finally put the game away with 32 seconds left in overtime thanks to Duke senior Brad Smith’s rip.

Sophomore John Hulsman made 10 saves and allowed 10 goals. Freshman Thomas Washington was 6 of 16 at the faceoff dot.

Brad Smith had two goals for Duke, including the game winner. CJ Carpenter and Jake Seau each added two as well. Turner Uppgren made 12 saves and allowed nine goals.