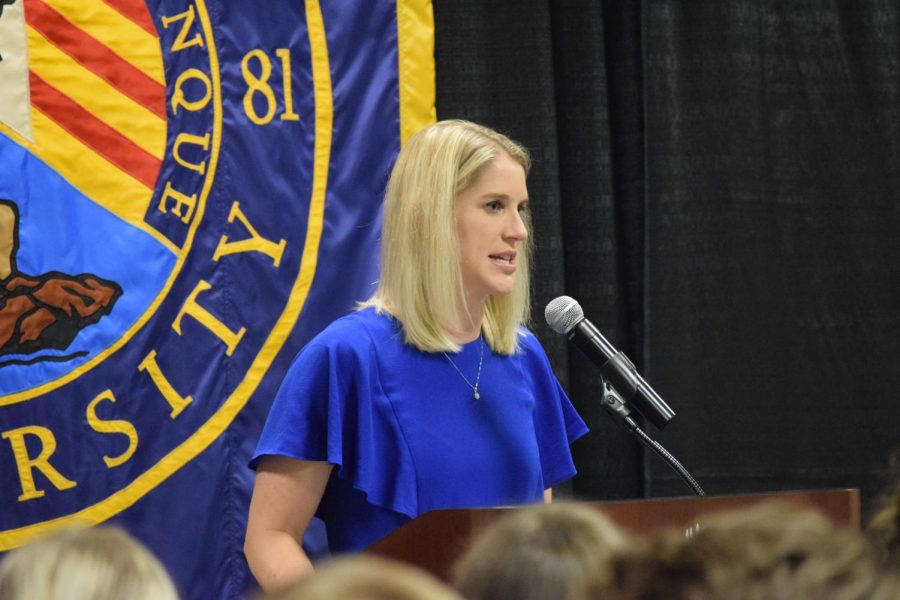 Skeete and Merritt are returning from former head coach Carolyn Kieger’s staff at Marquette. Raterman joins Duffy at MU after spending the last two seasons with her staff back at Miami (Ohio).

This will be the sixth season with Skeete and Merritt on the sideline for MU.

Skeete was a former head coach at Gulf Coast State College in Panama City, Florida before coming to MU.

Merritt used to be an assistant coach for boys’ varsity basketball at Menomonee Falls High School. He graduated from Marquette in 2004 and was a part of the 2003 men’s basketball Final Four team.

Raterman has been part of the coaching staff at Miami for the last three seasons. She was director of video operations before Duffy promoted her to assistant coach last year. Raterman, a 2012 graduate of Dayton, led the Flyers to three NCAA Tournament appearances and one WNIT appearance. She was a four-time All-Atlantic 10 selection, the 2009 Rookie of the Year and the 2012 Atlantic-10 Tournament Most Outstanding Performer.

Duffy will announce the rest of her staff in “the next few weeks,” per a Marquette Athletics press release.