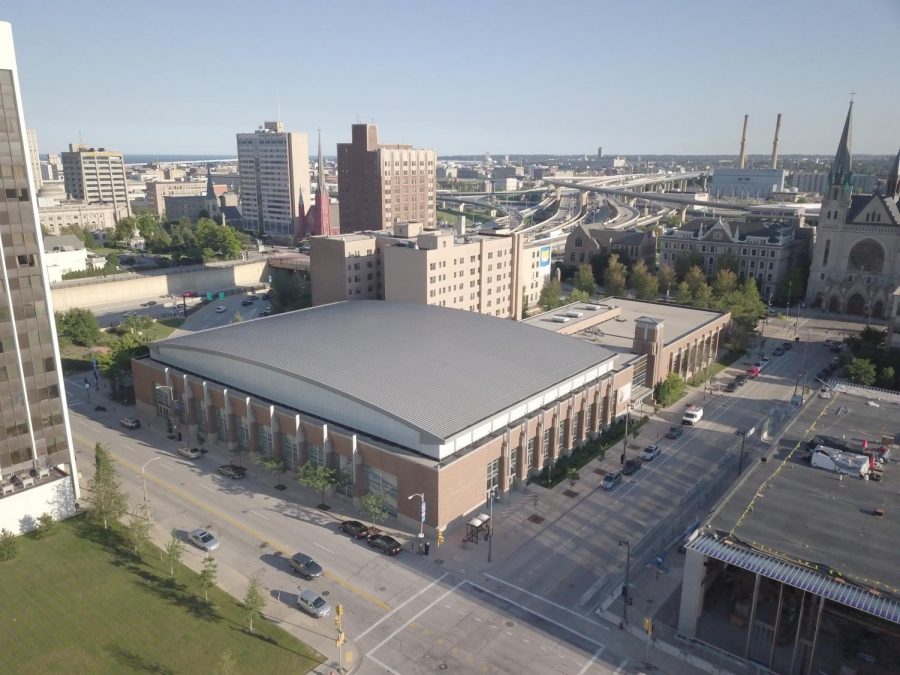 A men’s lacrosse player was arrested March 3 on charges of disorderly conduct and obstructing and resisting arrest after allegedly engaging in sexual activity in one of the women’s volleyball locker rooms, according to an incident report from Marquette University Police Department obtained by the Marquette Wire.

MUPD redacted the name of the men’s lacrosse athlete.

A janitor called MUPD at 3:10 a.m. to report the two students allegedly engaging in sexual activity in the women’s volleyball locker room, the incident report stated.

Marquette Athletics spokesperson Scott Kuykendall and Capt. Jeffrey Kranz of MUPD said the incident happened in the visiting team locker room. The incident report initially said “women’s volleyball locker room” but did not specify which one.

The men’s lacrosse athlete claimed he was at the Al McGuire Center to do laundry, the incident report said. Reporting officer Carolina Seidl said in her report he did not have any laundry with him.

MUPD then arrested and cited him for disorderly conduct and obstructing and resisting an officer. He continued to deny the assertion that he was having sex with the female student before eventually admitting to it.

The arrest came six days before Marquette men’s lacrosse’s loss to Cleveland State, in which head coach Joe Amplo suspended 19 players. It’s unknown whether the arrest was related to the team’s suspensions.

The alleged sexual activity was consensual, the female student involved told MUPD. She drank an unknown amount of vodka, which MUPD confiscated at the scene. She told MUPD she last drank the vodka at 2 a.m., slightly more than an hour before MUPD received the call.

She initially denied having sex with the male student, but changed her answer after Seidl “reminded her to be honest.” Her name was redacted, and the incident report said she lives in Cobeen Hall.