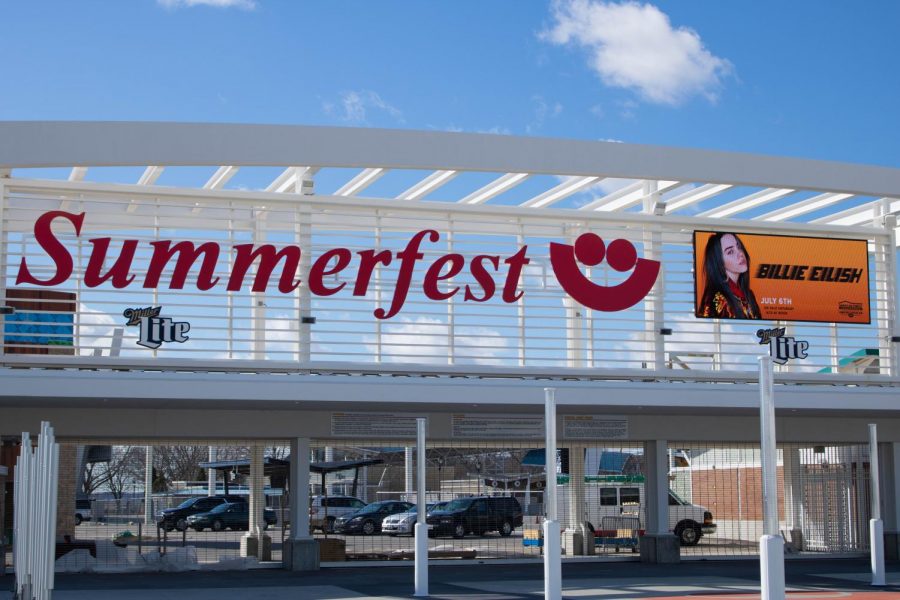 For many students, summer plans include attending Summerfest, which will take place at Henry W. Maier Festival Park near the lake from June 26-30 and July 2-7 this year.

Summerfest is an 11-day music festival that’s been a staple of Milwaukee’s summers since 1968, with many Marquette students in attendance.

At this year’s Summerfest, there are 22 mainstage headliners including a wide variety of artists like the Zac Brown Band, Lionel Ritchie, Bon Iver and Snoop Dogg. These artists will be playing exclusive shows and those who wish to attend will need to purchase tickets to each individual show.

In addition to the mainstage headliners, there are more than 125 artists that will be included with the purchase of a general admission Summerfest ticket. These artists include X Ambassadors, The Roots, Walk The Moon, Young The Giant and even The Lonely Island, which features former Saturday Night Live cast member Andy Samberg.

For Katherine Walsh, a freshman in the College of Arts & Sciences, Summerfest has provided nice memories with a few of friends.

“It was super fun because we had amazing weather and we all got to listen to the types of music we like,” she said.

Walsh said she and her friends saw a variety of artists, which satisfied each friend’s taste.

“We started with Lil Uzi Vert, then we got to see an EDM artist my friend really likes, but we ended the night watching one of my favorite artists, Kane Brown,” Walsh explained.

Because of Summerfest’s length and the quantity of artists and fans that will come through, performing on any stage at the festival presents an incredible opportunity for exposure for local bands.

Thomas Schimmel, a freshman in the College of Business Administration, said his Summerfest memories include experiences both as a fan and as a performer. Schimmel’s band made up of friends from high school called Sound Tower got the opportunity to play at Summerfest last year.

“Our drummer’s uncle works as a promoter for Summerfest, so he was able to get us the opportunity (to play),” Schimmel said. “Twenty minutes after we finished our set, we all just looked at each other and thought, ‘We just did that.’”

While Schimmel said his band is on “indefinite hiatus” as they all went separate ways for college, Schimmel still plays guitar and said he hopes to go on a mini tour of Milwaukee with a new band.

Schimmel said as a fan, the best artists he saw at Summerfest last year were Cheap Trick and Greta Van Fleet.

For Adam Pink, a sophomore in the College of Engineering, Summerfest has allowed him to reconnect with friends he did not normally see during the year.

“My favorite Summerfest memory was in high school when I went with my friends from summer camp,” Pink said. “We saw Andrew McMahon and during one of his songs they sent out a colorful parachute, like from elementary school gym classes. Everyone was singing along and going crazy under the parachute.”

Pink said that he and his friends often do not pay much attention to the show going on. For them, the experience is more about being together and hanging out.

The full Summerfest lineup is available at summerfest.com, as well as information on tickets and showtimes.