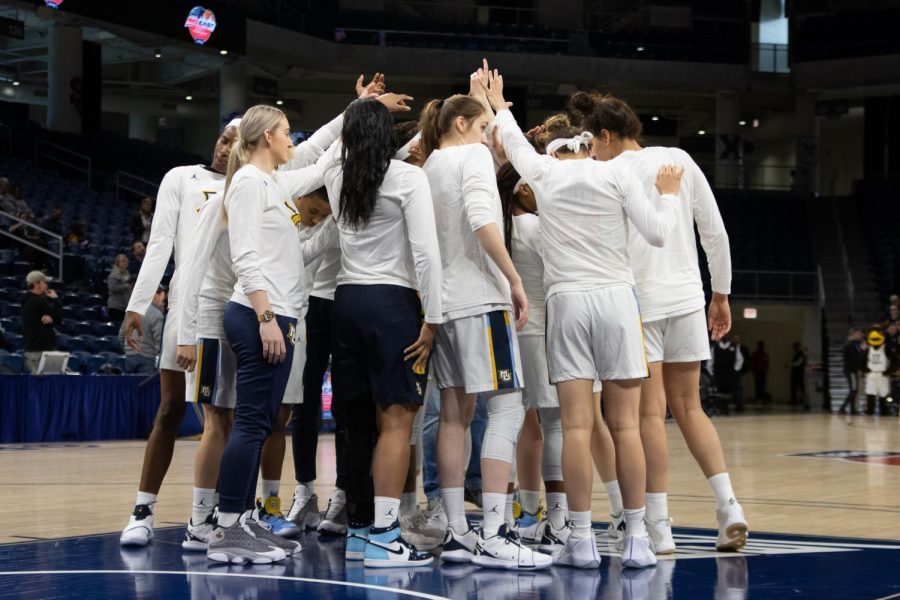 Megan Duffy will bring expertise to the team and be a role model for women who aspire to be coaches.

Notre Dame women’s basketball coach Muffet McGraw made national headlines during the Women’s Final Four for speaking up about the lack of women in leadership.

The Marquette University Department of Intercollegiate Athletics named Megan Duffy its head women’s basketball coach, according to an April 10 news release. Duffy signed a six-year contract with the university the same day McGraw made her speech.

Marquette’s hire of Duffy shows the university recognizes the importance of having women in visible leadership positions and will remain committed to keeping women in influential roles across campus.

Duffy was also a smart hire for the university because of her exemplary record as an All-American basketball player at Notre Dame and as a head coach at Miami University in Ohio. She led the school in back-to-back 20-win seasons.

Duffy is the only women’s coach of either a male or female team in the Big EAST Conference. This makes Marquette’s decision to hire a female coach even more important due to its rarity.  Duffy has big shoes to fill, and her record makes it likely she can do it.

In 1909, Marquette became the first Catholic institution of higher education to admit both men and women. In addition, Marquette was given $1 million to support the Women in Business Speaker Series in 2018. This series features distinguished women in business sharing their experiences and insight. These initiatives demonstrate the university’s strides to place emphasis on women at the university.

It is important that there are women in coaching positions in women’s sports so that young women and girls have people like themselves to look up to as leaders. It shows girls that they, too, can achieve whatever they want with hard work and can grow up to hold any position or career they work toward.

In addition, same-sex role models can positively influence self-perceptions, according to the Sports Business Journal. Women in coaching positions can also challenge stereotypes about gender and leadership as well as provide diverse insights.

It is not uncommon for men who play sports to have had a male coach at least once in their lives. This should be the same for women. It should be the norm that there are women coaches, not the exception.

Marquette made a positive decision for the Marquette women’s team, the campus community and the sports industry by hiring Duffy.