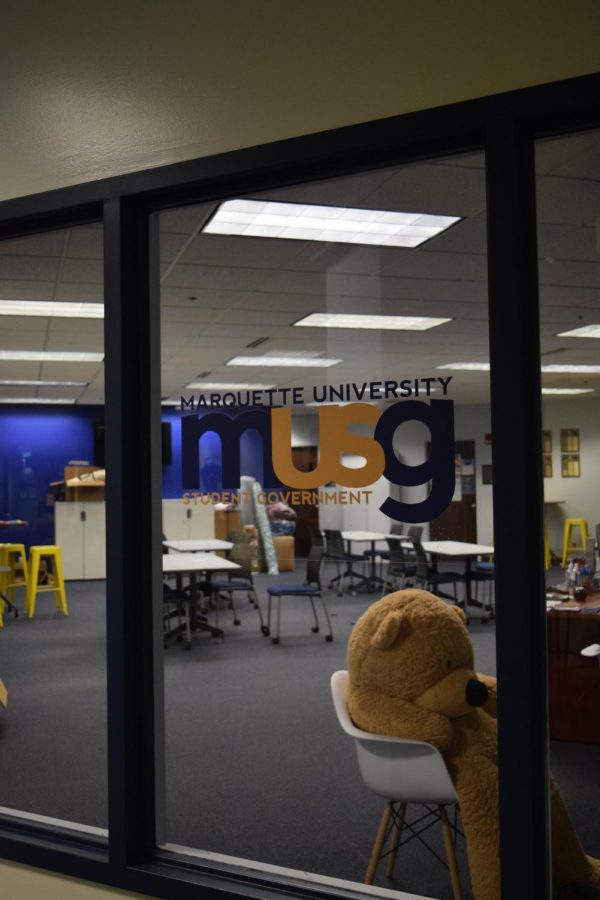 During their respective campaigns, Manjee and Dalieh both made a point of mentioning that they hoped to better represent the student body.

Manjee, who won the position of president, said she doesn’t often see first-generation, Muslim or commuter students like her represented in high positions at the university.

“I think for students like me at Marquette, a lot of times our stories and experiences, and more specifically myself and my own stories and my own experiences and my own truth, are often ignored and not represented at the table when it comes to making decisions at the school and the direction it’s going,” Manjee said.

Manjee, current MUSG outreach vice president, said the issue often comes with how resources are allocated to students, or in the way programming work and scholarships for students given.

“I think for people like me, there were a lot of things where we felt we couldn’t reach out to MUSG or people from MUSG weren’t reaching out themselves,” Dalieh said. “I just felt like there were a few things that could’ve been more inclusive. And so that was one of the main motivations I had to run, to represent people who didn’t feel like they were being represented in the first place.”

According to Marquette’s fall 2018 first-time, first year profile, non-Christian students make up only about 20 percent of the freshman class, and only about 3.7 percent of students reported identifying with an “other world religion” — meaning they do not identify as Christian or as having no religious affiliation.

“Girls from my community were coming up to me and telling me they’ve never seen a girl like them run for a position like that, or even get up there and represent the Muslim female image,” Dalieh said. “I thought that was really interesting and really cool to see that, and I was grateful to get up there and share ideals and teach people about a different group of people that are on campus.”

Yasmeen Atta, a sophomore in the College of Nursing and active member of the Muslim Student Association who worked with Dalieh on her campaign, said this representation is “both promising and encouraging.”

“It signified that more students from diverse groups on campus are feeling propelled to step up, speak up and have a voice in representing the community they come from and the university they call home,” Atta said. “It was also reassuring in that those of us who are underrepresented would have someone in a prominent role who could empathize with our concerns and experiences, address them, and ultimately work towards making necessary change.”

Manjee said it was exciting to see both tickets have representation from these traditionally underrepresented groups.

“I think, for one thing, it’s honestly quite beautiful to see students like me and Faezh leaning into positions like this and going for opportunities like this even though there isn’t a path made for us, even though we aren’t able to see someone before us do this,” Manjee said. “Every single person before me has been a makeup of a completely different identity … Faezh and I both in the campaign have the opportunity to forge our own path and define who we are.”

Dalieh said that this is evidence that Marquette is taking “big steps” in terms of representation on campus.

“I don’t know Sara that well, but it was cool to see another female running,” Dalieh said. “It was amazing to see that not only two females, but also minorities were running. I think that’s something that hasn’t happened before.”

Going forward, Manjee said she will try to follow through on her promise to represent all students on campus in her role as president.