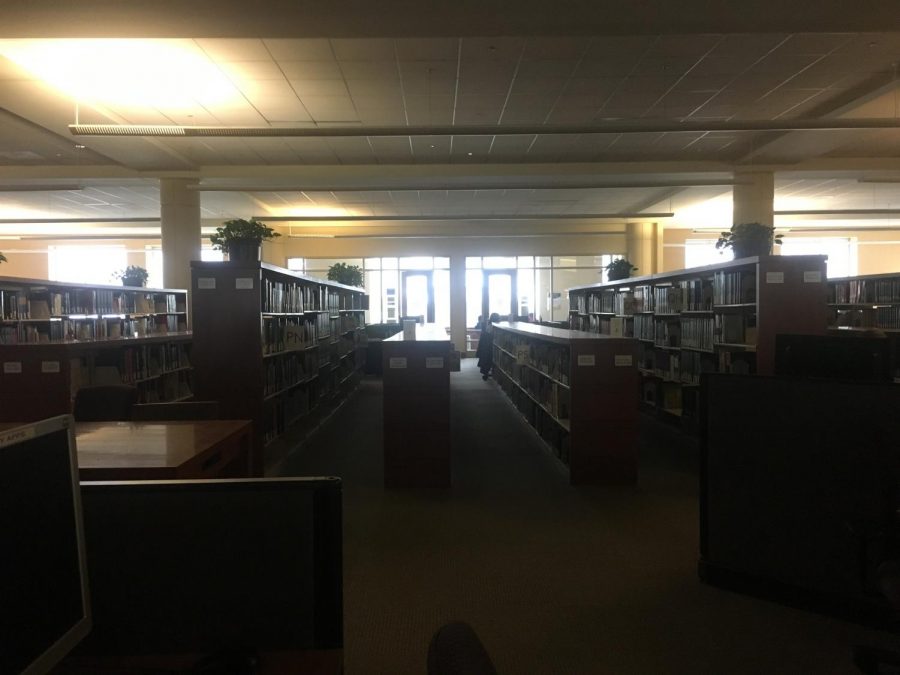 Emergency lights in Raynor Library are on awaiting for the power to be restored by WE Energies.

A WE Energies spokesperson said power was restored at Raynor Memorial Libraries Saturday around 12:30 p.m. after an outage occurred, although the company said it was not able to identify a cause.

WE Energies said it was not aware of the Raynor outage and said the electricity for Raynor is connected to other buildings in the area. Other buildings are not shown to be without power, the spokesperson said.

WE Energies said there is a power outage in the area at an intersection on Wells Street, although it did not specify the intersection. It is unclear whether this outage is connected to a car crash that occurred near 15th and Wells streets by the Alumni Memorial Union early Saturday.

Desk workers at Raynor Memorial Libraries said the outage prevented them from doing their jobs, as they rely on computer usage. Workers Niara Collins, a sophomore in the College of Communication, Isabel Hernandez, a freshman in the College of Arts & Sciences and Yini Jiang, a graduate student in the College of Nursing said they were only able to answer phones.

Sarah Nawara, a junior in the College of Business Administration, said she came to Raynor to print something, but she had to print in the Alumni Memorial Union due to the outage.

Megan Pokrandt, a junior in the College of Business Administration, was working at the library this morning during the power outage.

“Fortunately, I’m not doing anything on the computer, so it really hasn’t affected what I’ve been working on,” Pokrandt said. “But I was working on something (on the computer) earlier, so I was thinking, if that would’ve stopped in the middle and I wouldn’t have been able to save my work, it would’ve been really bad.”