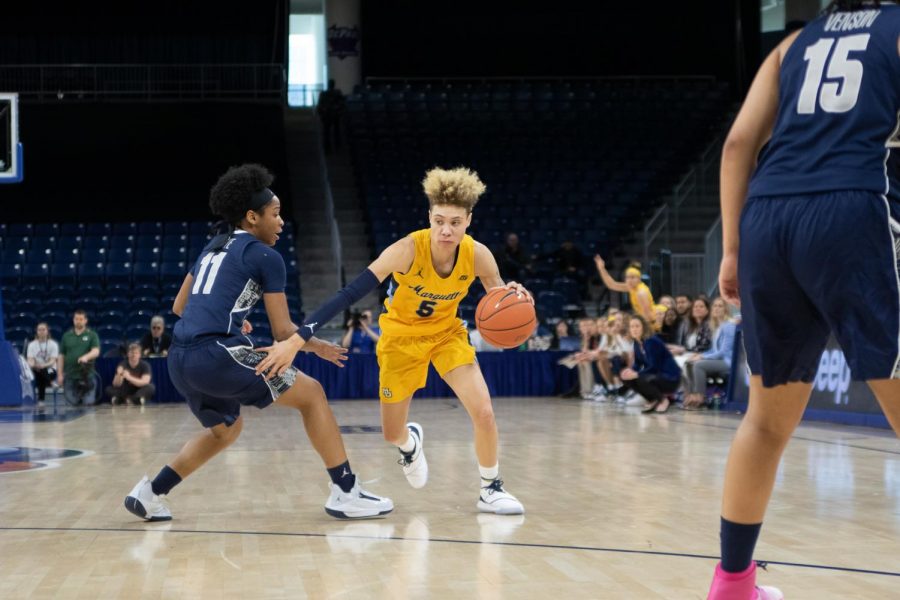 This is the second time in program history a Marquette player has been selected to an AP All-American team. Krystal Ellis is the only other player to do so. She received the award in 2007.

Hiedeman won BIG EAST Player of the Year and was a unanimous selection to the All-BIG EAST First Team and BIG EAST All-Tournament Team this past season.

Her career high in points was set this season against Seton Hall Feb. 17 with 34.

Although known for her offensive abilities, Hiedeman led the team this season in defensive rebounds with 214. She also led the team in steals, assists and blocks.

Her 1,913 points scored during her career at Marquette is the third highest in program history behind Ellis and teammate Allazia Blockton.