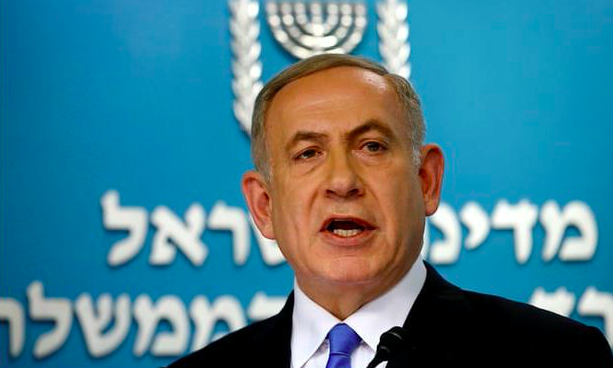 Last Monday, President Donald Trump signed a proclamation to officially declare Israeli sovereignty over Golan Heights, which Trump explained from his Twitter account to be an action “of critical strategic and security importance to the State of Israel and Regional Stability,” even though the state of Israel is one of the last countries with concern for safety.

Israel captured Golan Heights, a historical Syrian region located in the Eastern Mediterranean area, from Syria in 1967 and then annexed the land in 1981. When Israel seized the territory, it also displaced 130,000 people along with it. Israel’s control over Golan Heights is not recognized internationally. In fact, the United Nations declared the annexation of Golan Heights as legally invalid. Even though Trump made his declaration, the U.N.  announced that its position has not shifted. This Trump policy goes against any step in the direction of a peace agreement in the Middle East that the United Nations continues to work toward.

By Trump’s validating the acquisition of Golan Heights by Israel, it defied the message the U.N. has been trying to send globally. It creates a false idea to leaders everywhere that similar actions of forceful possession will be unchallenged by global powers. The displacement of large groups of people cannot be justified, but Trump’s action did, in fact, attempt to  justify it. Now, no form of peace or resolution can be created between Israel and Syria to end the conflict.

Not only does this hurt Syrians, but Palestinians are also greatly affected in this decision. Israel now understands that any form of occupied territory acquired in a defensive war is fair game, so this could lead to the seizure of the West Bank. Israeli occupation blatantly violates Palestinian civilian human rights through the continued murders and displacements of Palestinians by Israeli soldiers.

Palestinians have already been punished by both Israel and the Trump administration through the closure of the Palestinian Liberation Organization’s office in Washington which was an organization dedicated to the resistance movement and liberation of Palestine. The administration also terminated any form of American assistance to Palestine such as halting U.S. funding for a UN program that assists Palestinian refugees and cutting more than $200 million in aid in 2018.

Proclaiming Israeli sovereignty of Golan Heights was done solely to inflate Trump’s ego and build up his reputation looking forward to the 2020 election. This move reverses the position American administrations have held for the last 50 years. Through this proclamation, Trump allows himself and his supporters to believe that he is taking a stance. Even if this change completely disrupts and violates the state of surrounding nations that Israel has historically upset, it clearly does not matter to the leaders of the US and Israel.

Firm support for Israel by the American president guarantees a large proportion of certain voters will back Trump in the next election, such as conservative Republicans and evangelical Christians because they have been statistically proven to support Israel. Trump is clearly looking ahead to see what policies he can currently enact to ensure support in 2020.

Giving Trump more support causes those who continue to feel violated and oppressed by the Trump administration to lose hope for the future of this country. The administration disregards human rights concerns through actions such as the Muslim ban on immigrants from Muslim majority countries, stricter immigration from the southern border and the termination of the Deferred Action for Childhood Arrivals program for children who were brought to the U.S. Those who were affected by the aforementioned policy changes will not be helped if Trump garners more support through helping Israel.

At the White House conference last week when Trump declared Israel’s sovereignty, Israeli Prime Minister Benjamin Netanyahu used praiseworthy and extravagant rhetoric when he compared Trump to the Persian Emperor Cyrus. The leaders were similar due to their dedication to the protection and defense of the Israeli people. The bond between these two leaders continues to unjustifiably favor Israel through promoting actions such as withdrawing from the nuclear deal with Iran and recognizing Jerusalem as the country’s capital. These actions are also motivated by the large amount of political funding Israeli organizations, like AIPAC, supplies to the United States. Now, U.S. politicians feel almost forced to return favors to Israel since the country’s financial support in the American political system. Israel’s financial influence continues to corrupt the structure and policies of the U.S.

Hope for peace in the Middle East, specifically for the Israel-Palestine and Israel-Syria conflicts, is dismissed because of Trump’s Golan Heights declaration. To combat Trump’s destructive policy shifts, the American people can work to ensure that he does not get the support required to get reelected. Ensuring that people vote and understand the dangers of Trump’s administration can allow for a better future for both America and innocent civilians of the Middle East.