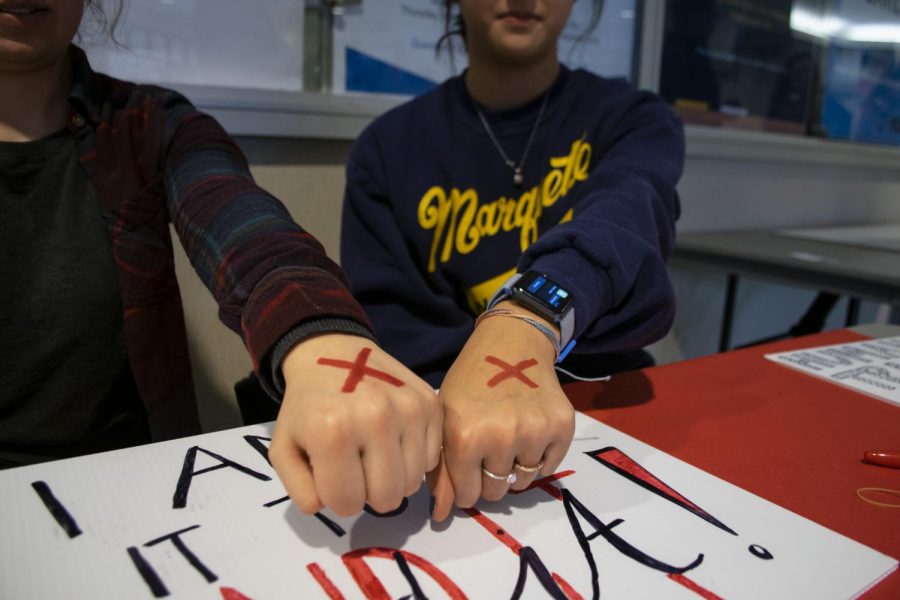 Human trafficking is something that occurs throughout the U.S. and has a lasting impact on survivors. The survivors of human trafficking range widely in demographics including age and gender. It is a form of modernized slavery. Although human trafficking may not be something on the forefront of many people’s minds, it is happening all around, to people just like us.

There are many warning signs that an individual is being trafficked that could be easily overlooked if people aren’t educated about what to look for. Some warning signals include signs of physical abuse, sexualized behavior, signs of gang affiliation or unexplained absences. Although these signs don’t undoubtedly confirm someone is being trafficked, they can be a good indicator, a way to start a conversation or help get the individual in question to safety.

Trafficking often seems like an issue that is really distant, but in fact it is not. It is important to be educated in order to protect ourselves and those around us. Education is the first step in trying to make efforts to solve the problem of human trafficking in Wisconsin and the U.S.

One group on Marquette’s campus that helps bring awareness to human trafficking is the advocacy organization Sold Out. They not only try to spread awareness, but also raise money to give back to survivors of trafficking. Marquette also offers a political science course focused on human trafficking.

It is important for people to be aware of human trafficking at a young age. Many people at Marquette still don’t know much about trafficking which not only puts them at risk, but also affects their ability to help others who may be in danger. The “Marquette bubble” may be a big reason why students feel it is an issue that doesn’t affect them, which is simply not the case. 15% of victims fall between the ages of 18 and 23, according to the Counter Trafficking Data Collaborative.

Marquette should be doing more to help the community and educate students about human trafficking, especially due to the fact that Milwaukee is one of the biggest centers of human trafficking in the country. Milwaukee is is consistently ranked as one of the top five cities where trafficked adolescents are recovered, according to an article from The Guardian. The university has a responsibility as part of the Milwaukee community to keep students and other individuals safe. Besides the political science class and Sold Out, there aren’t many other advertised opportunities for students to get involved or informed.

Public forums and information sessions are a simple way in which the university could begin to educate students about human trafficking, specifically in Milwaukee. The first step to educating students would be increasing opportunities on campus. Increasing visibility is also important. The only way clubs and classes can make a lasting impact is if students know these opportunities exist.