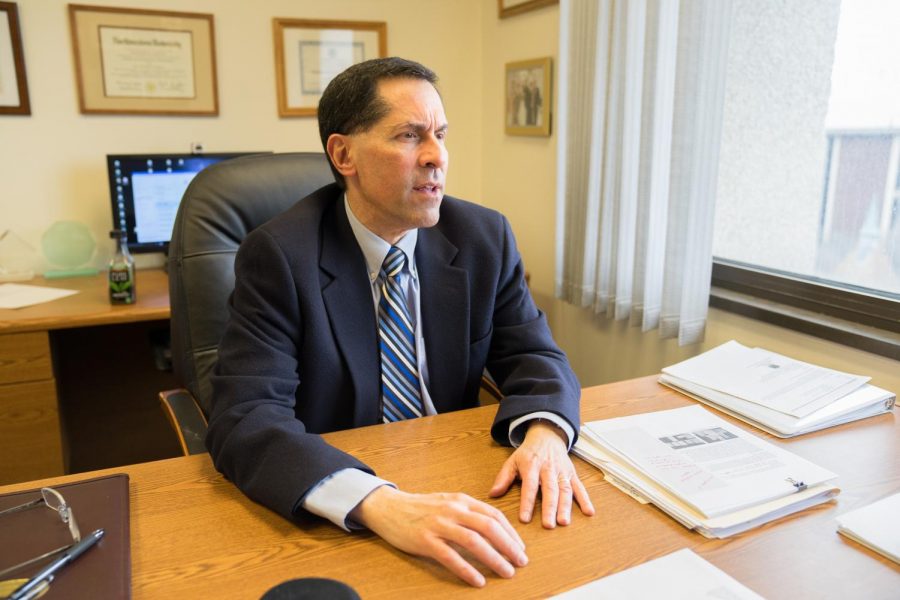 Goldberg is the third person to be nominated a fellow of NAI at Marquette.

Jay Goldberg, a clinical professor in biomedical engineering at Marquette University, was elected a fellow of the National Academy of Inventors in December 2018. There will be an induction ceremony for fellows in April.

The National Academy of Inventors recognizes and encourages inventors with patents, enhances the visibility of invention and educates and mentors innovative students, according to its website.

The NAI has more than 4,000 individual members and fellows spanning more than 250 institutions worldwide, according to its website.

He was nominated by Lars Olson, vice chair for academic affairs of biomedical engineering, in September 2017.

As a fellow, Goldberg said he receives opportunities to network and collaborate with other inventors across the country.

Goldberg was nominated largely due to his six patents from his work in industry prior to Marquette to create medical devices and his innovative work in academia since being here in 1999, Olson said.

Goldberg has introduced a new class to the biomedical engineering program, a junior and senior-level elective taken prior to the senior design course required of engineering students: Clinical Issues in Biomedical Engineering Design.

Goldberg said he intended for the class to allow students to take projects into the design stage in their senior design course.

Goldberg said when he worked in industry, he spent a lot of time in the operating room and in hospitals to figure out what problems needed to be solved. This allowed him to come up with new product ideas, he said.

“I created (the) course because I thought it was important for our students to have the opportunity to do what I did in industry, but to do it before they get hired,” Goldberg said.

In the course, students are able to observe technologies being used in the medical field. They are able to observe five different areas: the operating room, the cardiac-catheterization lab, interventional radiology, the urology clinic or the center for clinical simulation.

Goldberg said he wants to expand beyond those five areas.

One of the challenges with the course is scheduling these observations, Goldberg said. Students are currently required to do two observations, and since many procedures are in the morning, it is difficult to plan around classes, he said.

Katelyn Dausman, a senior in the College of Engineering, took the course with Goldberg.

“(The) class was a great way to see how medical devices are used in the real world,” Dausman said.

Goldberg said he is trying to adapt the course into being a three credit, required course for juniors in the college. He said it will not be required until a few years down the line, because many students are on an older curriculum.

He said it would consist of the clinical observation component that is there now, as well as additional medical device design-related topics.

Goldberg is also a leader in the Kern Entrepreneurial Education Network.

KEEN is a national organization that attempts to give engineering students an entrepreneurial mindset before graduation, according to its website.

KEEN works with 42 institutions across the country, according to its website.

Goldberg said at Marquette, KEEN encourages students to find out who the customer is and how the customers are using the devices that are being created.

“(We want engineers to) try to identify the problem (they) are trying to solve because it might be that their project sponsor or client did not understand the real problem,” Goldberg said.

Goldberg said KEEN wants engineers to understand the market and determine how common of a good it is, as well as looking at the supply chain.

“We want them to look at the whole process, the whole picture,” he said.

“We have to think about, when we develop a new technology, what impact it will have on the world,” Goldberg said.

He said it is important to proceed carefully during creation of products because of how it can impact people. He mentioned the loss of jobs as an impact, through automating manufacturing procedures. He said, however, some products can also create jobs.

Goldberg is the third person at Marquette to be elected a fellow of the NAI, along with University President Michael Lovell and Joseph Schimmels, a professor of mechanical engineering.