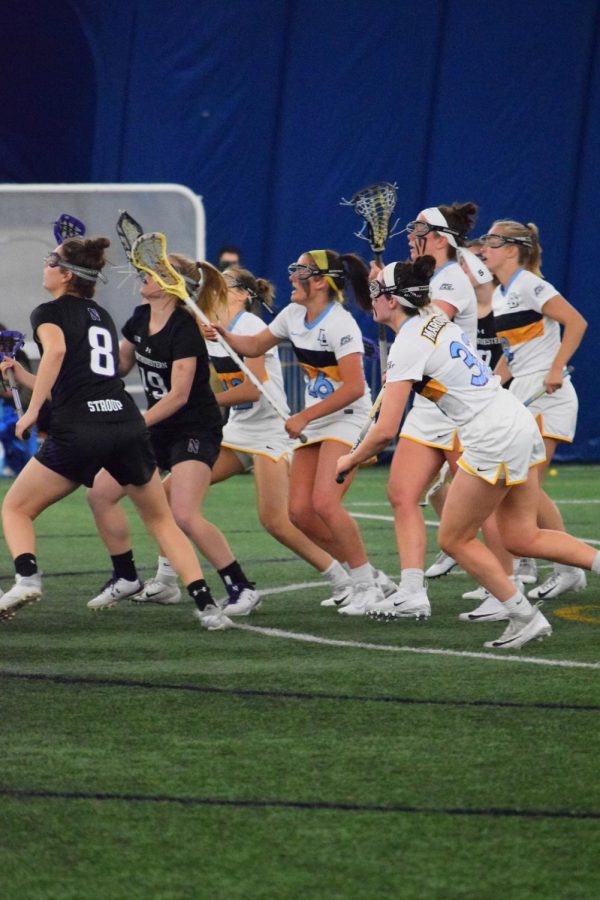 Marquette’s return to Valley Fields after a seven-game road trip did not go quite according to plan, losing 24-4 to No. 11 Northwestern.

Senior Grace Gabriel gave the Golden Eagles an early lead with a goal in the first 30 seconds, but Northwestern scored 12 answered goals to take a 12-1 lead going into halftime. There was a running clock already in the first half because Northwestern’s advantage was more than 10.

The Golden Eagles got their first free-position shot with one minute remaining in the half, but Gabriel’s shot was high.

The Wildcats dominated the second half and scored five goals in in the first 10 minutes and ended the game on a 6-0 run.

No Golden Eagle scored more than once. Gabriel, Madison Kane, Megan Menzuber and Shea Garcia were the only ones to find the back of the net.

For the Wildcats, Izzy Scane recorded a game-high five goals and McKone was close behind with four. McKone led her team with six ground balls and accounted for four of the team’s 12 caused turnovers.