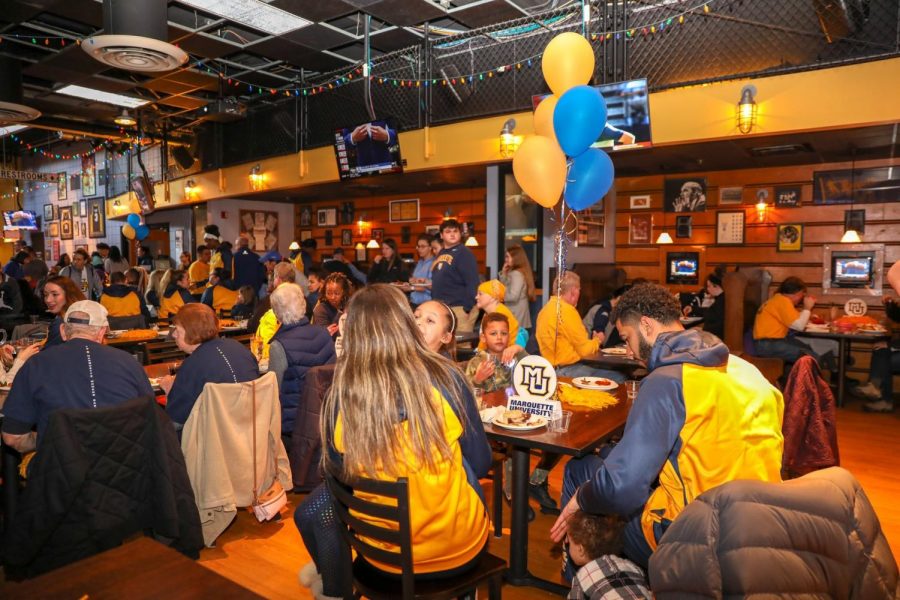 For the third consecutive season, Marquette women’s basketball will compete in the NCAA Tournament after earning a No. 5 seed in the Chicago region Monday evening.

The Golden Eagles will face the No. 12 Rice Owls in the first round Friday at 1 p.m. Central Standard Time in College Station, Texas.

“We’re ecstatic,” senior guard Allazia Blockton said. “To be such a high seed, it just shows how much work we’ve put in throughout the season.”

“It’s a dream come true, and it’s something you never get sick of,” head coach Carolyn Kieger said.

Kieger said her team’s only focus is the first-round matchup against Rice.

If they win, Marquette will then play the winner of No. 4 Texas A&M and No. 13 Wright State in the second round.

The Golden Eagles are coming off a loss in the BIG EAST Championship for the second consecutive year.

“We learned a lot about ourselves,” Blockton said. “The biggest thing we learned is that we got to capitalize on the things that we can control, like free throws and boxing other people out.”

“We hate losing,” senior guard Natisha Hiedeman said. “We’re using all of that momentum and learning from our mistakes to (help us) for the tournament.”

MU will have to prepare for Rice star Erica Ogwumike, who averages 16.3 points per game. She was also selected as Conference USA Player of the Year.

The Owls also have size with 6-foot-9 center Nancy Mulkey. She averages 26 minutes and 13.7 points per game.

Rice is on a 21-game winning streak and won the Conference USA Tournament title.

“We won’t lose another game like we did against DePaul,” Kieger said. “That’s the deal in March: you have to learn lessons, learn quickly and you have to adjust.”

MU sits at 26-7 so far on the season, which ties a program record for wins in a single season.

Marquette is 5-11 all-time in the NCAA Tournament, and King said the team hopes to advance to the second weekend for the first time in program history.

“Going to College Station, we’ll be ready,” Kieger said. “We’ll be focused and I think (everyone) is really ecstatic heading into the tournament.”