PROUTY: ‘Phantom of the Opera’ is phenomenal in every way 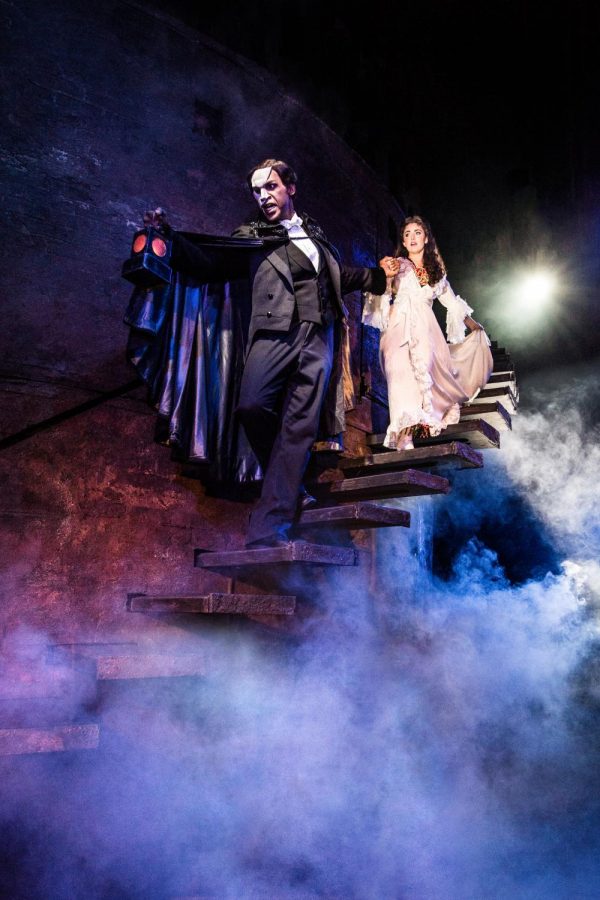 “Phantom of the Opera” received an enthusiastic standing ovation at the Marcus Center’s Uihlein Hall— as it should have.

The Broadway tour has everything a theater-goer could ask for in a show. Every element has been detailed to ultimate perfection.

From the opening scene, the lighting (Paule Constable) set the mood and tone for the entire show, adding elements of realism to the most unrealistic sets like the Phantom’s lair.

The sets (Paul Brown) themselves were intricately designed and made the grandiose stage feel intimate. Each was complete with vivid colors and obvious attention to detail, created to its maximum potential. Every scene had a set to match; they never detracted from the performance, only added to it. Nothing was overused or underused.

Of course, prominent to the stage was the massive, glorious chandelier. Perhaps the liveliest of the set decor pieces, it illuminated, sparked, moved and, yes, came crashing down.

Aside from gorgeous technical aspects, “Phantom of the Opera” presented audiences with an extremely versatile yet talented cast that moved the show along with great energy.

The ensemble’s filled with dancers who possess extensive, impressive resumes, which comes through in both their performance and technique. Dancing was not the only performance aspect they shined in. Their singing was just as beautiful.

Truly, the music of the night is what makes “Phantom of the Opera” so spectacular. I knew it would be as soon as Kaitlyn Davis (Christine) opened her mouth. Her exquisite vocals were easy to listen to and conveyed complex emotion and character development in every song. Davis struck a balance between commanding the stage and maintaining a sweet, good-willed, occasionally timid Christine.

Just as domineering in stage presence was Quentin Oliver Lee (Phantom), who created a dynamic, multi-faceted, haunting character. While not as endearing as Christine, Raol (Jordan Craig) or Meg (Sarahgrace Mariani), Lee pulls audiences into his troubled, seemingly heartless character up until the very end when he proves things are not always as they seem. It takes a special actor to step into this role, and Lee mastered it with no issue.

“Phantom of the Opera” is a must see as you head back to campus at the end of spring break.

The show runs through March 17. Tickets are available online. Student rush tickets are sold at the door on the day of the show for a discounted rate, subject to availability.