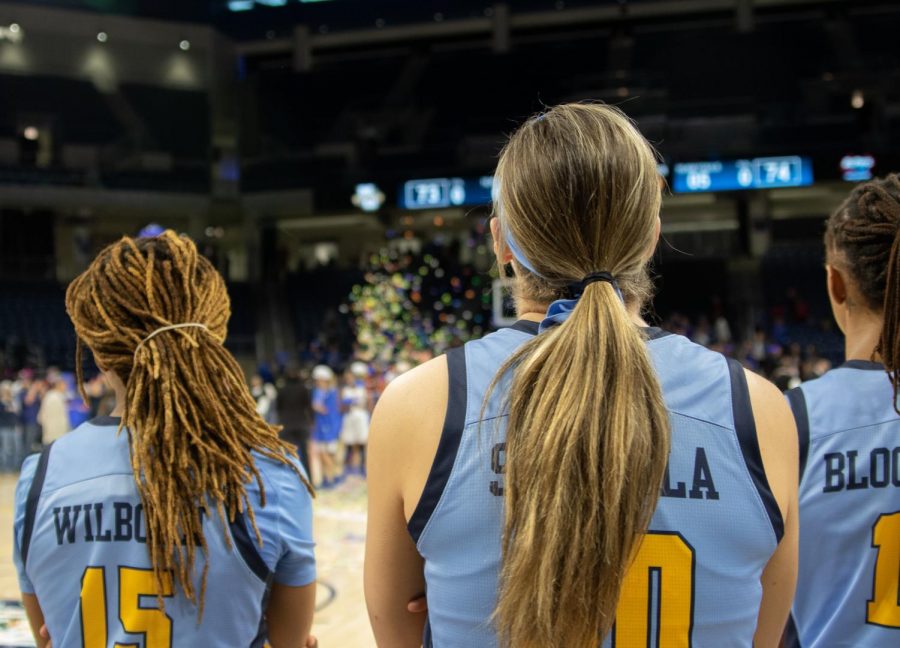 “It’s just heartbreaking,” senior guard Allazia Blockton said. “It came down to the little things, and we have to learn from our mistakes and capitalize on these moments.”

Marquette had a two-point lead with 10 seconds left, but DePaul forward Chante Stonewall drew an and-one with five seconds left and converted on the free throw. Senior guard Natisha Hiedeman had a shot to win it at the buzzer, but the attempt was off the mark.

Stonewall finished the game with 28 points on 11-for-17 shooting and six rebounds. She was also named BIG EAST Tournament Most Outstanding Player.

“Stonewall was phenomenal tonight,” Kieger said. “She was just relentless and very, very tough. They wanted it really bad, and you could tell.”

Senior guard Amani Wilborn hit a buzzer-beater to give the Golden Eagles a 40-35 lead at halftime.

Marquette remained in the game despite shooting 47 percent from the free-throw line. That included two misses by senior guard Danielle King after a technical foul and an air-ball from Hiedeman that would have made it a three-point game with 10 seconds left.

“I’ll tell you what, we will not lose a game the rest of this year because of rebounding or free throws,” Kieger said.

Hiedeman was named to the BIG EAST All-Tournament team after the game.

These two teams have faced each other in the championship game the last three years, which is only the third time that has happened in BIG EAST Tournament history.

Prior to this matchup, the Golden Eagles had not lost to the Blue Demons this season.

A top-seeded team has not won the championship in the BIG EAST Tournament since DePaul in 2014.

The Golden Eagles face off against Rice University Friday at 1 p.m. in the NCAA Tournament. Marquette is a No. 5 seed, which ties for the highest in program history. In 2017, MU was also a No. 5 seed.

“The season is not over,” Hiedeman said. “We still got time left, this is a lesson, and we’re going to use it in the NCAA Tournament.”