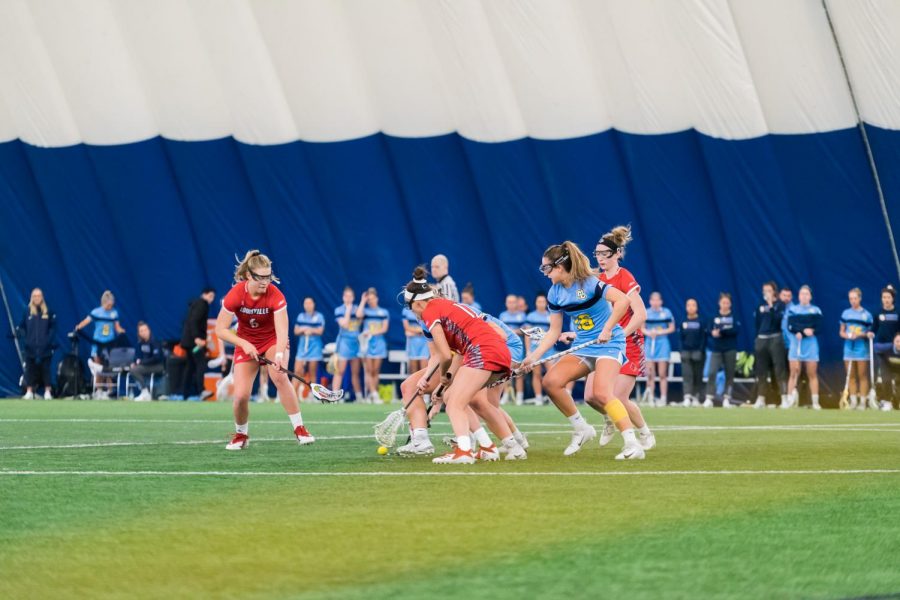 Gabriel finished the game with four goals, all of which came in the first nine minutes. MU also had a clear advantage in possession in the first half.

Taylor Zuberer scored Stetson’s first goal of the day to put the Hatters on the scoreboard, but it took sophomore Caroline Stellar less than a minute to answer with another goal for Marquette. MU finished the first half with a 16-4 lead, and there was a running clock for much of the game.

The massive lead allowed head coach Meredith Black to play sophomore Sophia Leva at goal instead of junior captain Julianna Horning, who recorded two saves in the first half. Lindsey Hill also recorded her first career goal in the second half.

Redshirt freshman Lindsey Hill recorded the first goal after halftime, which was also her first career goal, in the fifth minute of the second half. This goal moved the score to 17-4, Marquette.

After this quick goal for the Golden Eagles, Stetson was able to score four goals and bring Marquette’s lead to 17-8, which stopped the running clock. Junior Bridget Danko then added two more goals to give Marquette a 19-8 lead.

Marquette (4-4) will continue its road swing Friday against Canisius at 2 p.m.