Three takeaways: Howard’s scoring proves to be not enough against Creighton’s trap defense 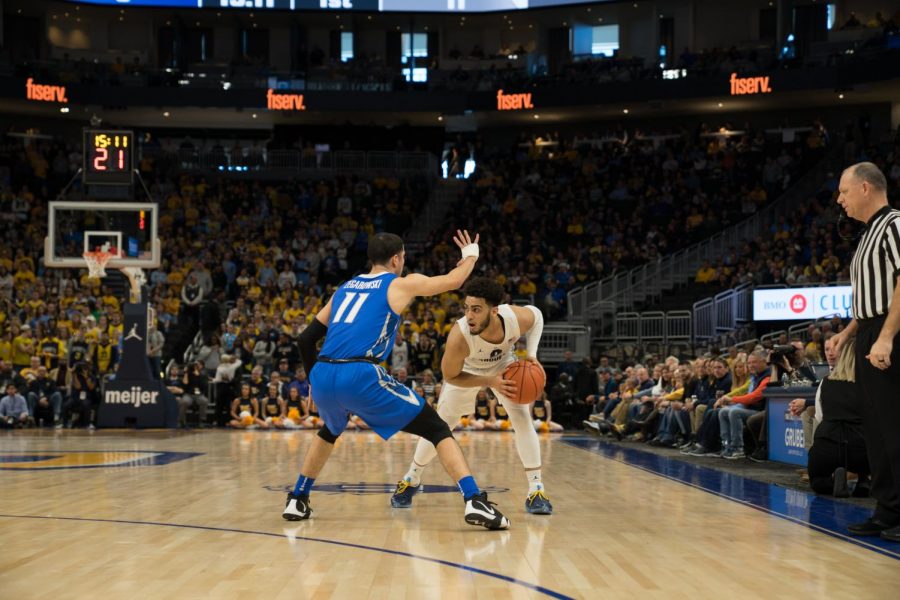 No. 10 Marquette men’s basketball suffered its second consecutive loss, coming up short 66-60 against the Creighton Bluejays. Here are three takeaways from the game:

The Bluejays’ trap against MU caused many of the turnovers. On most picks Marquette would set, the Bluejays attempted to trap the ball-handler. This also applied to any Marquette player posting up.

“Our activity to get the ball out of the post when Joey and Sam (Hauser) caught it in there, our rotations and our activity with our hands, knocking those balls lose and forcing turnovers was a big part of the game,” Creighton head coach Greg McDermott said.

The Bluejays scored 18 points off of the 22 Golden Eagle turnovers.

Markus Howard scores 33 on his birthday
Markus Howard scored 33 points in the loss on 11-for-21 shooting from the field. He was also 4-for-11 from 3-point range. He was the only Marquette player to put up double figures in scoring.

“Markus is a phenomenal player,” head coach Steve Wojciechowski said. “If you think about the greats that have worn the (Marquette) jersey. I mean this is a program of incredible significance. To do that as a 20-year-old junior, and there’s more games to be played, is pretty incredible when you think about the names and the people that have played here.”

Loss has postseason implications
This loss and the loss at Villanova means Marquette is no longer at the top of the BIG EAST.

Sunday’s loss counted as a Quadrant Two loss while the Villanova loss was a Quadrant One loss. The NCAA Selection Committee separates teams’ schedules by quadrants, with Quadrant One being the most difficult.

Stat of the night: The Golden Eagles committed 22 fouls and 22 turnovers. Three different players had at least four fouls.

Up next: Marquette will visit Seton Hall Wednesday for the final road game of the regular season.