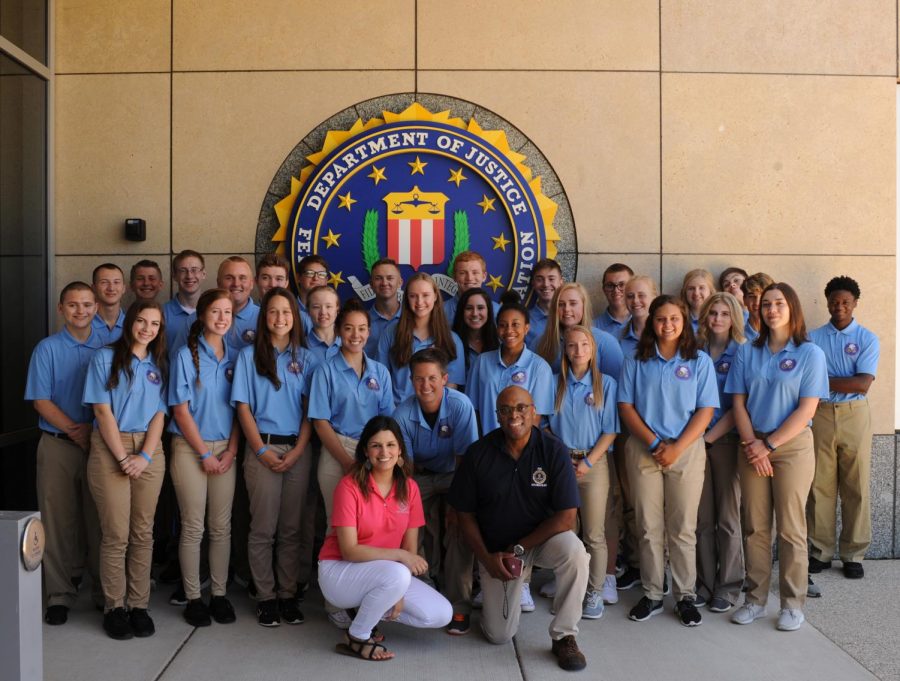 Marquette University is the homebase the second year of this program. Photo courtesy of Jill Weisensel

Marquette University will serve as a home base and academic environment for the program’s second year.

Applications are underway at FBI.gov with a deadline of April 5.

MUPD Lt. Jill Weisensel oversees the programs. She said having this program at Marquette can show students what MUPD has to offer and encourage them to pursue careers in law enforcement.

The week-long overnight educational camp over the summer was created last year for high school students throughout Wisconsin in an effort to expose them to various local, state and federal law enforcement agencies and practices.

Weisensel said Marquette is the second agency to host the camp in the entire country. The first program took place on Yale University’s campus in 2015 with the partnership of FBI New Haven and Yale University Police Department.

The program was developed by the FBI as a youth outreach program to help generate interest among students who want to go into law enforcement, Leonard Peace, FBI Public Affairs Specialist, said.

He said the FBI is trying to reach a younger population to expose people to the profession, hopefully leading them to go to college and pursue law enforcement.

The FBI provides a number of instructors and the camp also includes a day at the FBI office where students go to work with their evidence response team and practice those skills.

“That’s pretty cool for the kids … they love seeing, like, a real FBI office and being able to meet “the Lovell of FBI” and buy FBI swag, so that’s a really fun day for them,” said Weisensel.

MUPD Capt. Jeff Kranz said the week consists of solving a “fake” crime. The students are split into teams and as the week progresses. Different classes give them new pieces of evidence and help them build their cases. On the final day, the students solve the crime and show how they integrated all the evidence from the week and applied everything they learned.

“It’s very unique because we take the fake crime from a local crime and develop it into something that meets federal government- so it covers all local, regional and federal agencies,” Kranz said.

Weisensel said the program is also fully funded by FBI Milwaukee Citizens Academy Alumni Association and MUPD and offered at no cost to all the students accepted.

She said the program had more than 100 applicants last year. Thirty students were accepted, 15 male and 15 female.

Weisensel said requirements of the program typically includes having  high school students between the age of 15-18 who are full-time Wisconsin residents and involved in their community. There was also a GPA requirement of 2.7 as well as physical fitness standard requiring students applying to be engaged in some sort of sport or physical activity. Candidates were assessed through multiple-step interview processes and essays about why they would be interested in a law enforcement career.

“Some of them are actually anti-police and say that they’ve never had a good experience with a police officer and that they want to make a change and get into policing,” Weisensel said.

Weisensel said the group of student participants, as well as instructors, were well represented  geographically and racially.

“Law enforcement tends to draw more white males in the U.S. but stats show that our  department is more forward than that in terms of representation and it is something that we’re proud of,” she said. Weisensel said she does not know the exact stats.

According to Data USA: Police officers, which analyzes shared US government data, 645,963 males currently make up the police workforce in the U.S. in comparison to 98, 738 females. The website also states 79 percent of police officers in the U.S. are white.