No. 11 Marquette wins on road despite lack of productivity from Howard 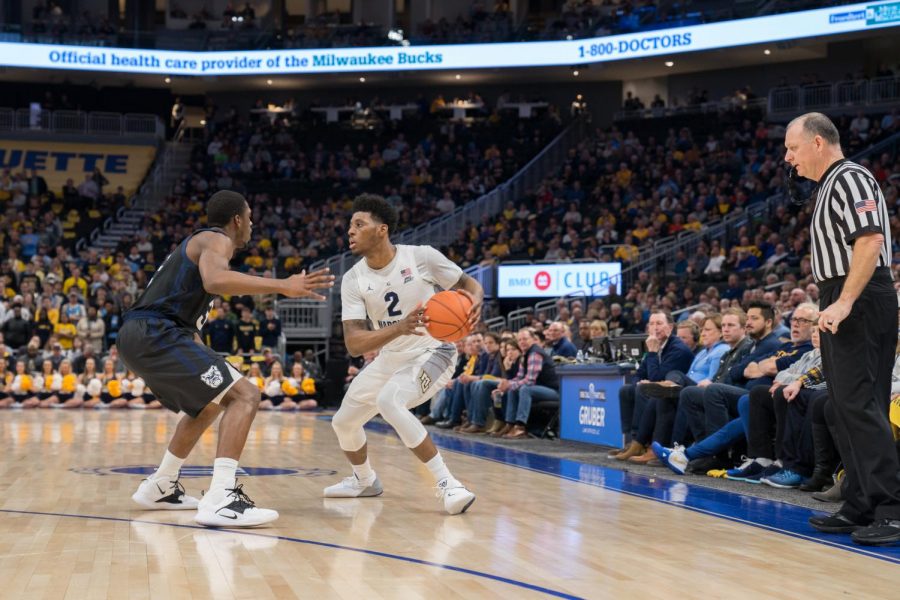 With four games remaining, No. 11 Marquette men’s basketball is one step closer to a BIG EAST regular season title, picking up a 76-58 win on the road at Providence Saturday afternoon.

But unlike most of Marquette’s other BIG EAST wins, Marquette did it without large offensive contributions from junior guard Markus Howard.

The BIG EAST Player of the Year candidate entered play averaging 25.7 points, but he only had two points by halftime. Howard finished with 14 points, but he did so on an inefficient 2-for-12 shooting clip. Wojciechowski told Milwaukee Journal Sentinel Howard was playing through a groin injury.

It was practically the Sacar Anim show at the Dunkin’ Donuts Center early on. The redshirt junior had seven points in the first six minutes. He finished with a team-high 18 points on 8-for-12 shooting.

Freshman forward Joey Hauser, who was 3 for 21 in his past four games, got out of his shooting slump Saturday with 15 points on 6-for-8 shooting.

After an inefficient first couple minutes, Marquette quickly distanced itself from the Friars, shooting 57 percent in the first half while holding Providence to 28-percent shooting.

Marquette expanded its lead even more in the second half, at one point using a 12-2 run to take a 22-point lead. That included eight points from Sam Hauser in a 2:05 minute span.

Howard is now third on the all-time leading scorer list with his 14-point performance.

Alpha Diallo and A.J. Reeves were the only Providence players to hit more than four field goals. Fifty of the Friars’ 58 points came from their starting lineup.