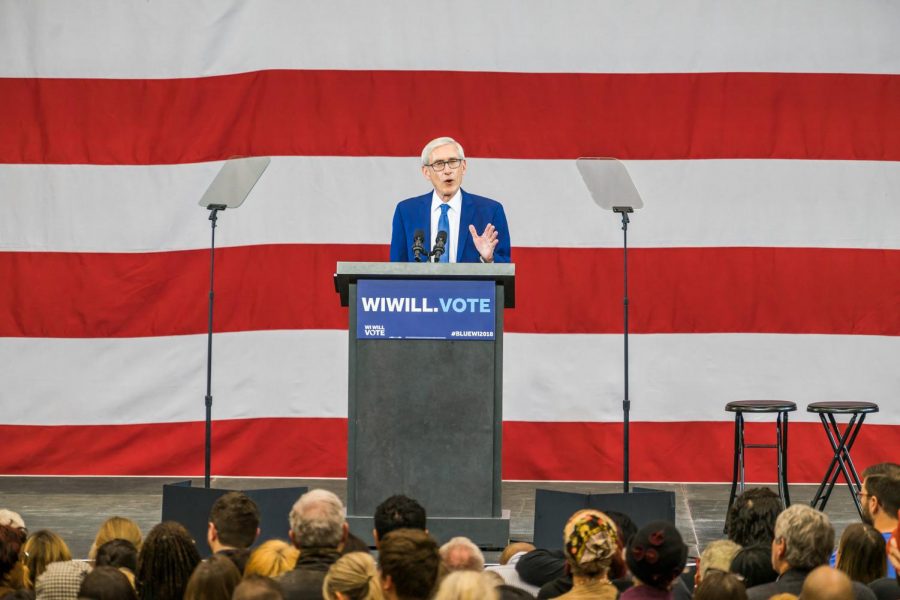 Gov. Tony Evers discussed higher education costs, tax cuts, transportation needs, the legalization of marijuana and criminal justice during “On the Issues with Mike Gousha” on Feb. 19  at the Marquette University Law School.

The topics centered on the state budget that Evers will be presenting to the Wisconsin State Legislature in late February. Evers said his budget includes spending  $1.4 million on education.

His education proposal will also involve increasing support for kids with special needs.

Evers said he wants this budget proposal to help “people that struggle to have that extra lift.” He said that the current education system has a fatal flaw in that it is not funded in a sustainable way.

During his campaign, Evers proposed to raise the minimum wage to $15 an hour, Gousha said.

Evers said that raising the minimum wage was a slow process and though the goal is still $15 an hour, he doesn’t think it will be met in the next two years as it has to get approved by the state government and implemented throughout Wisconsin. However, an increased minimum wage is on the state budget.

Gousha asked about the governor’s future plans regarding the legalization of medical marijuana, as well as his thoughts on recreational marijuana.

“I don’t see this as a Republican versus Democrat problem,” Evers said.

According to the American Cancer Society, marijuana can help relieve pain and nausea, reduce inflammation and can act as an antioxidant.

He said that being a cancer survivor himself, he is in support of the legalization of medical marijuana and will push for it in his budget.

“I think Evers is smart to realize that issues like the medical marijuana debate are not strictly a Democrat or Republican issue and therefore, can and should be pushed in the state budget,” Ellie McNeal, a junior in the College of Arts & Sciences, said.

Evers said he is in support of recreational marijuana, but he said it’s not going to happen right now as he wants to focus on the medical marijuana proposal first.

Additionally, Gousha questioned Evers on Milwaukee’s lead pipe and water quality issues. Evers said $70 million would be given to correct these issues in his budget proposal.

Evers said the water quality is a common ground issue that affects many people in Wisconsin, and he said he has made clean water a priority.