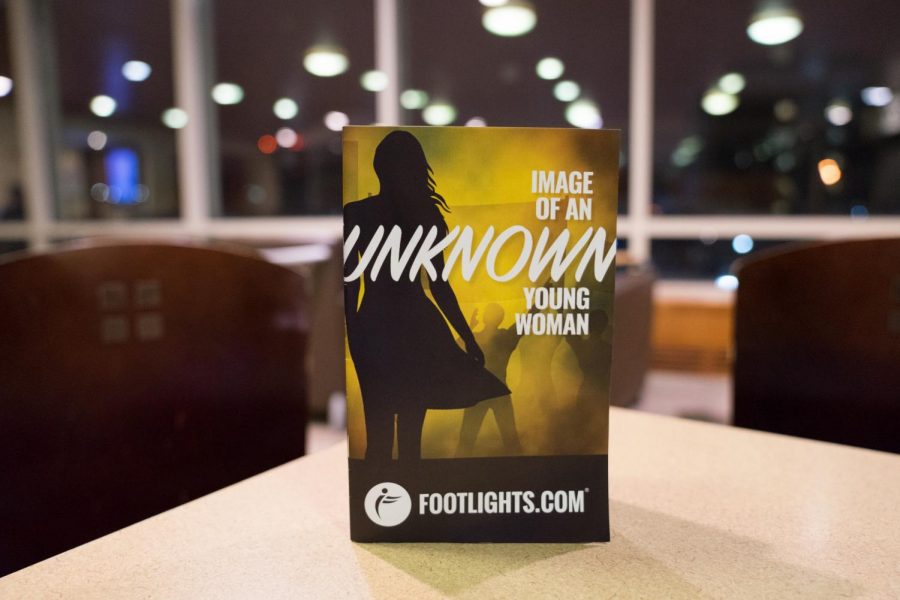 "Image of an Unknown Young Woman," opened this past weekend and will be at the Helfaer Theatre through Feb. 24.

The play depicts the story of what happens when a video of a young woman getting shot is uploaded to social media and the uprising that follows.

The opening show was sold out, with two additionally packed shows Saturday and Sunday, said Abby Wass, a freshman in the College of Communication and an actress in the show.

According to the synopsis, “This play boldly examines the intersections of society, revolution and social media. It provides a gripping reflection on what grabs our attention and on our unacknowledged capacity for rage and violence.”

In an age of frequent, global violence, director Debra Krajec said in her director’s note: “That familiarity with images of suffering troubles me, because it is still happening today, only more often and in much greater quantity. Now, images of conflict and violence come every hour, every day to the smartphone in your purse or pocket, via Facebook, Twitter, Instagram and news apps.”

The story the six-person cast tells will highlight these modern issues on how violence is portrayed through social media, Krajec said.

The play follows different characters after the video of the woman who gets shot goes viral, and how this social media movement affects their separate lives.

Maaz Ahmed, a freshman in the College of Communication, plays the role of Ali, a young man who captures the video of the police shooting the woman.

“I read the script earlier this year and fell in love with the story. I desperately wanted to play Ali, as it is such a personal story,” Ahmed said.

With such a personal storyline and something that many people have experience dealing with, the growing intensity of the show is Krajec’s favorite part of the production.

“The audience will be sitting on the stage, in a thrust configuration, much closer to the action,” she said. “(It will be) more intimate, and will create a different feeling than sitting in an auditorium.”

“My favorite part of the storyline has to be when everything in each of the characters’ worlds starts falling apart. It provides such an accurate representation of how a symbol or an image can be corrupted and utilized for one’s own selfish purposes rather than for its original intent,” Wass said.

Amelia Thompson, a freshman in the College of Communication, plays the role of Yasmin, a woman who is looking for her missing mother.

“The play seemed so different than anything I have been a part of before and I thought it was a very important story to tell,” Thompson said.

The cast, which has been rehearsing for the play since Jan. 14, has formed a tight bond in the process of putting on the show.

“It has been an incredible honor and learning experience to play off of such a talented group of people,” Wass said. “Each day that we rehearse, all of us discover new things about our characters and about how this show is so relevant in each one of our lives.”

This week’s shows on Wednesday and Thursday offer discounted tickets for students.

“I am looking forward to seeing many Marquette students at those shows,” said Wass.

The show runs through Feb. 24 at the Helfaer Theatre. The play is about 90 minutes long with no intermission. Tickets  are available online or at the box office.