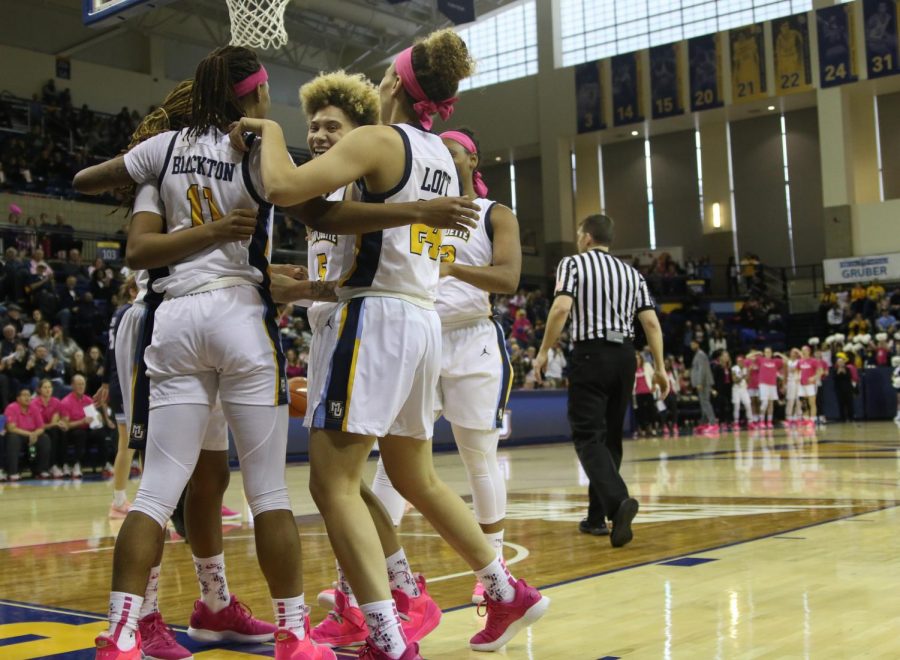 The Golden Eagles had a tough time breaking away from the Pirates early on, and the game was kept close for a majority of the first quarter.

Seniors Erika Davenport and Allazia Blockton both got into early foul trouble, so neither put up any points in the first half, but Marquette had a 49-26 lead at halftime.

Marquette then outscored the Pirates 60-37 in the second half with MU’s starters on the bench for the majority of the fourth quarter.

After an abysmal night on Friday where she only had three points, senior guard Natisha Hiedeman bounced back incredibly. The 5-foot-8 guard contributed 34 points and five rebounds against the Pirates.

Senior Danielle King had yet another big game, scoring 20 points and 12 assists. Sophomore guard Selena Lott continued her hot streak, contributing 11 points on 4-for-6 shooting. Junior Isabelle Spingola had nine points and six rebounds in her first start of the season.