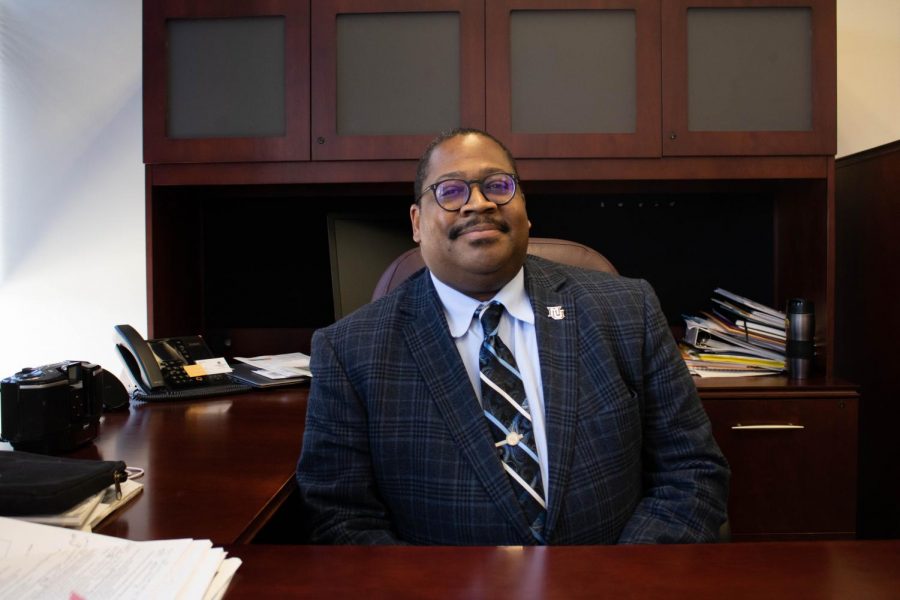 Unlearning Racism, a five-part series at Marquette intended to break down racial barriers and biases, began Feb. 5 and will continue through the beginning of March.

It is led by Martha Barry, racial justice director of the Young Women’s Christian Association of southeast Wisconsin. YWCA is an organization that stands up for social and racial justice, helps families and strengthens communities, according to its website.

Jacki Black, associate director for Hispanic initiatives, said the program covers various issues of race and racism such as implicit bias, which consists of subconscious attitudes and stereotypes against certain groups. The program also covers the implications of historical and systemic racism as well as the meaning of whiteness and internalized racism.

“We really hope that participants in the program will become better equipped to build stronger relationships across racial differences and help foster a more inclusive campus environment for all of our diverse stakeholders,” Black said.

“Dr. Barry has a strong understanding of how we carry out our social justice mission,” Welburn said. “She came to campus late last spring to meet with a group of white students who had expressed deep concerns about racism on campus and wanted to have the tools to address those issues.”

Black said she felt lucky to have Barry facilitating the workshop and to have her depth of knowledge in this field.

“The full program is a 40-hour endeavor (at the YWCA), but Dr. Barry was able to distill the central concepts into 16 hours for the University Leadership Council and a 10-hour series for the faculty, staff and student cohorts,” Black said.

According to the university’s online calendar, there will be a total of five sessions open for students and faculty to attend. The dates the series will take place are Feb. 5, Feb. 12, Feb. 19, Feb. 26 and March 5. Faculty sessions are from 1:30-3:30 p.m. and student sessions are from 4:30-6:30 p.m. in the Alumni Memorial Union.

The calendar said the two-hour sessions will allow time “for review of content in the form of video clips and exercises as well as listening pairs and small and large group discussions.”

Xavier Cole, vice president for student affairs, said Marquette has a responsibility as an anchor institution of Milwaukee to be part of influencing these conversations.

“People look to us as a resource,” Cole said. “An educational institution is a place where these sorts of conversations should happen.”

Alan Chavoya, a graduate assistant in the Office of Institutional Diversity and Inclusion, said the series is a step in the right direction toward confronting racism.

“Pretending racism no longer exists, that this society has moved beyond racism, and that racism will somehow magically disappear if we simply cease bringing it up are all erroneous responses to racism,” Chavoya said.

Black said there is a hunger for workshops like these, but also a need for it.

“Racial microaggressions are commonplace on our campus, not because our employees and students are generally mean-spirited, but sometimes the microaggressive behaviors or comments fall outside the consciousness of the perpetrator,” Black said. “Sometimes, perpetrators may not even be aware that what they said or did was offensive.”

Cole said the university needs to be educated about these issues because of changing demographics.

“We need to recruit more brown and black people in Marquette because that’s who our students are becoming more and more every day,” Cole said. “We need to be more than prepared, but welcoming to the reality of who and what we are now.”

Welburn said series such as Unlearning Racism show the different strategies that Marquette and Milwaukee communities are pursuing to address racism.

“Having these events is important so that we can ensure a healthy campus community (and) reduce anxieties,” Welburn said.

Chavoya said it is important to learn about the history and problem of racism so people can learn how to properly react to it in today’s society.

“Participants will hopefully learn to truly listen to people of color when they share personal experiences, rather than succumbing to tendencies of immediately thinking about and organizing responses to tell them that they are wrong in perceiving racism,” Chavoya said.